I guess you have a punnet or two of strawberries in the fridge. What about a bottle of sparkling wine too? It's the effect of Wimbledon that does it, I'm told. 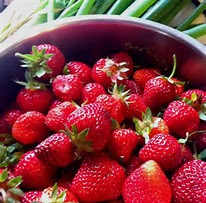 The wall-to-wall tennis that occupies our TV leaves us hungry for strawberries and gasping for a glass of Presecco, Cava or even Champagne, as we cheer on Joanna Konta or commiserate with Andy Murray. Supermarkets were apparently reporting a 280 per cent surge in strawberry sales last week and as for sparkling wines, they are 'popping' off the shelves as if they already know we may have a Wimbledon Women's Finalist. Stores in the Royal Borough of Wimbledon, for example, have seen a massive spike in sales of miniature sparkling wines, during the world's most famous tennis championships.

In 2016, 126,000 tonnes of strawberries were sold in the UK and supermarket giant, Sainsbury's claims that for the four summer months from May to August, more of us buy the fruit than purchase household staple items such as bread and milk. Thank goodness I have my own home-grown fruits, I say. They can't be any fresher than to eat them straight after picking. Unfortunately, I have to hope for a break-in-play in the tennis, in order to go and pick them! But then again, you can always rely on a 'cloud-burst' during a Wimbledon final, can't you? 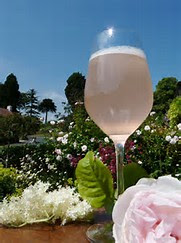 And as for the sparkling wine - our homemade elderflower champagne is a refreshing alternative to commercial 'fizz'.