Couples COME DINE WITH ME

It's the first week of the new series of Couples Come Dine With Me on Channel 4 - a variation on the tried and tested 'Come Dine With Me'. In this new series three sets of couples try to win the £1000 cash prize by preparing and hosting a dinner party together. Each couple cooks for the other two teams, rate each other’s culinary skills and give their own views on one another’s relationships. 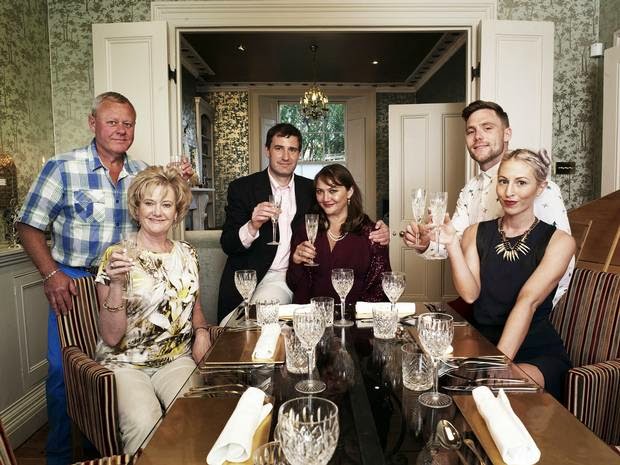 On Monday, it was Simon and Dawn, Stephen and Isha and Darren and Sian (above), all couples from Hertfordshire, though Stephen and Isha entertained in their six bedroomed town house in North London! All the recipes looked good, with the first couple playing safe with a Almond Cod main and a Toffee Apple Roulade for dessert. Darren and Sian were a little more adventurous, opting for a Mexican themed meal of Soft Crab starter and Pulled Pork main. The final couple went with a taste of Morocco and a Lamb Tagine with Cous Cous.

Married for 27 years, Dawn and Simon took on hipsters Darren, 32, and Sian, 27, who both found it hard to relate to multi-lingual lawyer Ayesha, 46, and astrophysicist Stephen, 42. After Ayesha revealed that Stephen calls her “darling, sweetie and honey pie” over the dining table, the other couples had a lot to talk about behind closed doors. Lady Gaga-lookalike Sian said: “I don’t think Ayesha and Stephen call each other Honey Pie in real life. I think he calls her Ma’am,” while upstairs, 55-year-old Dawn voiced her concern that Stephen is “suppressed”. “He’s suppressed. I would think he is a suppressed man. I would imagine he went to a boarding school where his whole emotions and…I’m getting a bit philosophical now!,” she said, before her husband Simon interrupted to tell her to stop talking “baloney”. 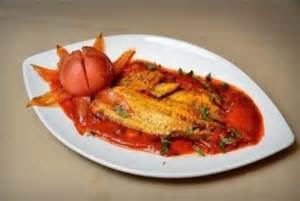 Apart from the occasional back-biting, the real interest for the viewer was in the kitchen, where the interaction and activity between the couples varied immensely. Simon did very little other than crack an egg for Dawn to put in the mixer, while Darren and Sian shared out the preparing and cooking of the various courses. Stephen and Isha were cooking for the first time in their kitchen of ten years, preferring to eat out and, needless to say, Stephen got into a terrible mess when he did not know how to work the blender, then dropped Isha's dessert of Apple and Custard Tart over the floor and finally could not open a bottle of truffle oil. They were clearly the most entertaining couple to watch, in an otherwise dull first programme of the 30 one hour shows. The false situation of the couples sharing out kitchen tasks and then watching each other whisk an egg or place a dish in the oven could bring boredom for the viewer if it persists. 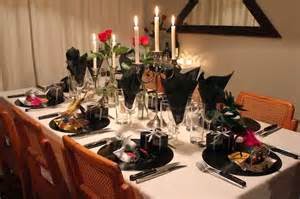 Dullness was reflected in the final result, with Dawn and Simon and Darren and Sian sharing the £1,000 with 30 points each. At least the show focused on the cooking and eating rather than the after dinner fun and games. However, despite this Mr-and-Mrs tweak to the original concept it can't hide the fact that the show is long past its sell-by date. Time to chuck it out!