McDONALD'S - Is Our Love Over?

Has the world fallen out of love with McDonald's? As the fast food giant McDonald's reports an unexpected downturn in profits, what's the reason we're not lovin' it anymore? 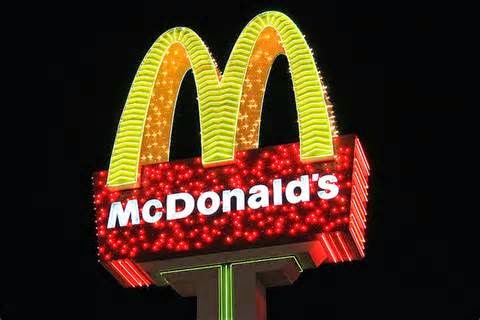 McDonald's has just reported second quarter results and they don’t make for pretty reading. Net income fell by 1 per cent to $1.39 billion in the quarter ending June. Don Thompson, the chief executive, said: “This is not the kind of thing that I would say makes me sleep well at night."  But surely no one has eaten in a McDonalds since 'Super Size Me'? Well, you might not have, you food snob, but millions have been enjoying Big Macs in recent years. And its deli wraps and its cappuccinos. The company was at rock bottom in 2003, when it was attracting almost universal criticism for the quality, price and nutritional content of its food as well as its business ethics, criticism which was neatly -- and very amusingly -- captured in the documentary 'Super Size Me' in 2004.  But since then it has flourished around the world after it refreshed its food offering and its restaurants. Its “value menus”, with a number of items in the US costing just $1.99, such as a sausage McMuffin or a McChicken burger, have been big hits with recession-hit consumers. 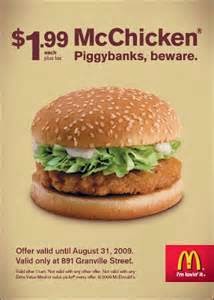 Back in 2003, its share price was $12.82. It climbed to over $100 in 2012 after an almost unprecedented run of sales growth. However, since the end of 2012 sales growth has rarely moved above one per cent a quarter, and profits have made little progress. Yet, I can hardly walk down a street in the UK without bumping into people eating our at cafe's and countless tourists stuffing their faces with burgers, and I am forever picking up Ronald's litter from our garden. So why is McDonald's finding life tough now the economy is improving? This is a company with 35,000 restaurants in 119 countries and appears to be doing well in the UK, what with those funky egg chairs  (below) drawing in the punters. 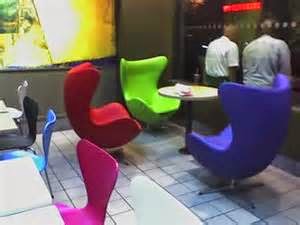 The company has spent £300 million in Britain over the past five years ripping out those formica chairs, and turning the garish yellow and red design of the restaurants into something a bit more subtle and stylish. There are even fresh flowers on the tables in some branches.  Parents have been fairly impressed by Happy Meals being made less salty, by the company switching its milk supply to 100 per cent organic and by the company printing the nutritional information on the menus. But perhaps the biggest hit in the UK of recent years has been the extension of opening hours, especially at the start of the day -- persuading many commuters to buy their morning coffee and pastry from a McDonald’s rather than a coffee shop. The UK has now recorded 33 consecutive quarters of unbroken sales growth, so why is McDonalds doing badly in the rest of the world?
The rotten meat scandal in China hasn't helped but this hasn't just affected McDonald’s. Many fast food chains in eastern China have discovered that one of the major suppliers has been allegedly passing on rotten meat and some 500 McDonald’s chains have had to limit its menu while it hunts for a new supplier. Yet the crux of the issue is the business in the United States, Ronald's biggest market, where sales fell 1.5 per cent in the second quarter. 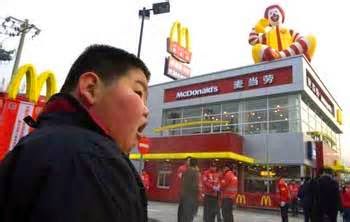 There are many reasons that the burger giant is suffering in the US . But one is price. Despite there being lots of “value meals”, which roughly three-quarters of its customers order, it seems that even its dollar menu-devoted customers are not buying enough burgers. The problem for McDonald’s is that its competition is no longer just KFC and Burger King, but the the supermarket. More and more customers are eating at home to save money, rather than going out, even for a cheap treat.  But do all customers buy a McDonald's just because it is relatively cheap? - That’s one its big problems. It is also being put under pressure at the other end of the scale by more upmarket burger chains, especially the likes of Five Guys, one of America’s fastest growing chains or The Handmade Burger Co. in the UK (below), which aims its burgers at more sophisticated consumers, with a bit more money in their pockets. 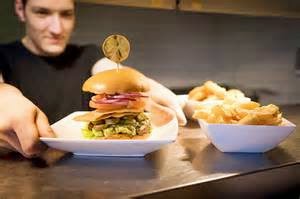 McDonald’s recently acknowledged the threat and talked about a “learning lab” on the west coast of America, where it hopes to analyse what people want from a burger joint. “In the area of menu customization and personalization our initial efforts focus on delivering the best burger experience to our customers,” Thompson said. It is understood that McDonald’s will allow customers to customise their burgers by adding jalapenos, for example. The company has also talked about simplifying its menu, saying that by offering customers so many different products it is slowing down its service. 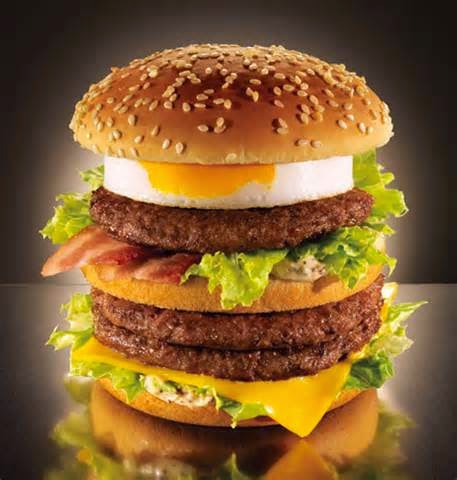 Well, let's see what these customised burgers do to reinvigorate the institution that is 'McDonald's'.