Ramsay's Rules For Eating Out

At last, some useful words from renowned TV chef Gordon Ramsay. Over the years, we have got so used to his profanities, the use of the 'F' word and his abusive comments to employees and customers alike, that it's such a change to get some wise words from the king of Hell's Kitchen. 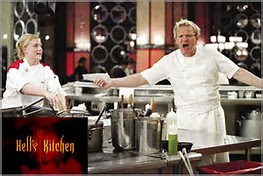 Ramsay has revealed his three golden rules for eating-out at restaurants and they are rules that we should all remember. The celebrity chef on both sides of the pond has said that customers should avoid 'specials', be suspicious of outlandish boasts and haggle for wine.

Gordon Ramsay, who has three Michelin stars (it's the chef that gets the stars and not the restaurant!), and 30 restaurants worldwide, has said that Specials are there to disappear throughout the service. When the restaurant lists ten specials, for example, that's not 'special' and customers should be cautious.

He criticises menus that use phrases such as 'best in the country or 'famous'. He says that restaurants have started coming up with terminologies like 'the wicked, famous, best in the country profiteroles', but who has said that ? Who named that?

The 50 year old TV presenter, who recently launched a new US version of his popular show 'The F Word', has said that customers should ask for the 'bin end' list when ordering wines. These are the bottles with scratched labels or that are poor sellers restaurants want to get rid of. 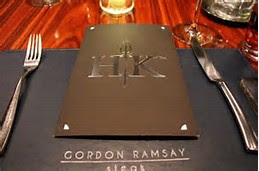