Do you live close to a well known supermarket? Which high street giant is it?

Homes situated close to a major supermarket cost £21,512 more on average than those in the surrounding area, according to UK bankers, Lloyds. But it does depend on which supermarket! If it's Waitrose, it costs a further £36,480, but if it's Aldi, knock off £3,000. 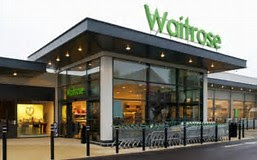 It seems that house hunters in the UK these days will often check out the local supermarket as they weight up a neighbourhood. And the bank report suggests that the 'Waitrose effect' is as potent as ever, with house prices near one of its stores attracting an average premium of £36,000. In fact, homes situated close to any of the big supermarkets costs more on average. Properties with a Waitrose, M&S, Sainsbury's or Iceland nearby are most likely to fetch a higher price premium when compared to the rest of the town or borough. Those living close to a Marks & Spencer have the second highest premium, with properties worth an average of £30,000 more than those further away, followed by Sainsbury's at £26,000. Even discount chain Iceland commands a strong premium at £22,767. Further down the pecking order, homes near Lidl are worth on average £6,416 more. This marks a big turnaround, as three years ago homes near supermarket Lidl were on average worth £4,700 less than in the surrounding areas. One explanation offered by Lloyds is that Lidl has increasingly located its shops in more affluent areas where prices are already relatively high. However, living near an Aldi store is not a good thing when it comes to the value of your home. 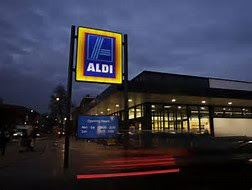 Homes within walking distance of the budget supermarket Aldi are actually worth £3,00 less than those in the wider area. This is despite the German firm trying to move upmarket. The average price of a house near a Waitrose is £429,000 - more than double that of areas with an Aldi. But areas near budget stores have seen the biggest house price rises in three years, up 11%, so maybe things are changing.

It seems that the convenience of doing your weekly shop within easy reach of a supermarket may well be a pull for many homebuyers. So if you are thinking of selling your house in the next 12 months then don't forget to add to the property details, ''within easy reach of Waitrose/Sainsury's/ M&S''