I threw away 2 pints of semi-skimmed milk this morning as it had turned sour, having been in the fridge for over two weeks. I almost cried as I poured it away. I never like throwing away any food or drink, but it seems that in the case of milk, I am far from alone. 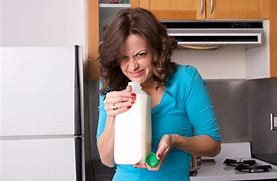 In a 'shocking' report published this week, UK households waste 490 million pints a year - nearly 20 for every home. The figures were revealed by a recycling and waste reduction group called, Wrap, which said that the country could save £40 million and reduce the wastage by nearly a quarter - that's 90,000 tonnes a year -  if we followed several key guidelines.

One of the tips offered by Wrap is to have a cooler fridge. This can stop the milk going sour. The typical appliance operates at 2 degrees centigrade warmer than official guidelines recommend of between 0C and 5C. Reducing the temperature to below 5C could stop more than 50,000 tonnes of milk going off every year, saving us shoppers £2 million. Wrap also recommends the use of temperature-sensitive labels. These use inks which change colour above or below a certain  temperature, and display messages indicating the fridge and milk are too warm. Sounds good, but likely to add to the price of a pint of  milk. 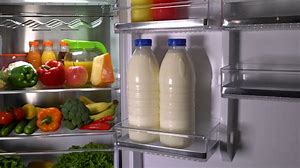 Wrap also called for more people to freeze milk - now that's an idea I might try.