High street giant, Tesco may well regret its decision last week to close hundreds of its fresh food counters in 90 of its stores. Not only will thousands of staff be axed, but it will remove important elements of its personal service to customers, which allows them to pick and chose their cuts of meat, fish or cheese selection. 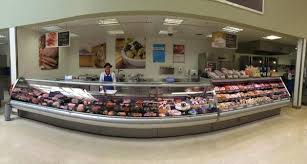 The move comes as Tesco makes drastic cost-cutting which will effect some 9,000 staff. The loss of counters, including the deli, butchery and fresh fish departments represents a major shift in how Tesco will operate in the future. Tesco says that shoppers have changed their habits and are moving away from using these personal counters, by increasingly buying products forom its smaller stores and on-line. I say it's a mistake!

In a competitive market, the big four UK supermarkets, Tesco, Sainsburys, Ada and Morrisons are up against the rise of Aldi and Lidl and need to review how they operate, if they have any chance of competing on price. These two sores generally operate on a shoe-string staff, some would say 'more efficiently'. They have no fresh food counters (not yet!) and they scan customers through checkouts at record speed. However, Aldi and Lidl have balanced their no frills approach by investing in the quality of own-brand food and drink, which has won awards in blind taste tests. 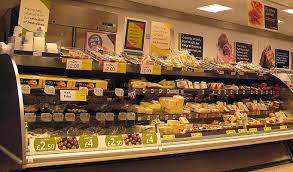 So what about Tesco's in-store bakeries, will these be wiped out?  I doubt it, as foreign competitors Lidl and Aldi have introduced these in their bigger stores. Tesco are reported as saying that they have no plans to axe their bakeries, but in their other changes they are responding in a challenging market to remain competitive and respond to how customers want to shop. However, if the truth be known, sources predict that Tesco's counters will only close from Monday to Wednesday - being available to shoppers throughout the weekend period.

It will be a sad day when fresh fish, meat and deli counters disappear completely from our food stores. Where are the butchers, fishmongers and delicatessens that once inhabited our high streets? Long gone. And now they are in danger of disappearing from our supermarkets. If you like pre-packed alternatives, then fine, but The Real Food Inspector wants fresh meat, just cut from the bone, and fresh fish, landed that morning. There is nothing to beat the taste of  real fresh food! 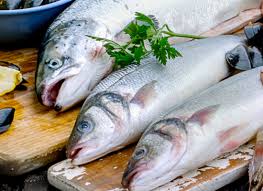