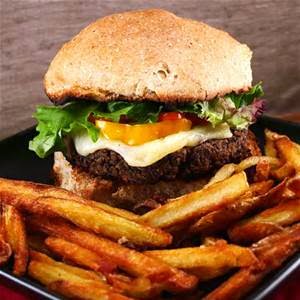 I've got a confession to make - I went to a restaurant in Shrewsbury yesterday and had a burger for lunch, with all the trimmings - lettuce, tomato, bacon, cheese and fries on the side. Why is it a confession? Well, like many in the UK, I am fed up with American food. It's everywhere these days, even in the most expensive eatery.

According to the Daily Telegraph, Britain's crush on over-the-Atlantic edibles started a decade ago with cupcakes - oversized fairy cakes with too much icing on them. Then came the burgers. Now it seems that everyone is churning out copycat American-style burgers and hot dogs.It's this obsession with the latest fleeting US trends, that’s tiresome.Why can’t someone buck the trend and open a Staffordshire oatcake cafe or a bistro specialising in faggots and peas (below) ? It’s not like the love is reciprocated, and you find New Yorkers counterfeiting our British ideas. they don't even do Afternoon Tea! 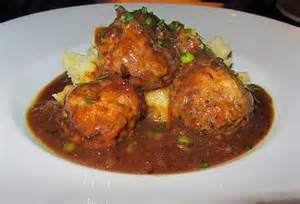 There are, however a few havens we can go to to hide from the march of the burgers - those restaurants offering dishes like breaded Cornish mussels with wild garlic mayo and brownbread ice-cream with marmalade. Are things changing? Is there is a new generation of chefs with more confidence" in our country's traditional dishes? I hope so!

James Lowe of Lyle’s is a good example of this new generation of chefs. His menu glitters with simple dishes like John Dory (below), brown butter and cauliflower and treacle tart with milk ice cream. He says that eateries on an American food bender are just one facet: “There is still a group that look at American trends, you can see things from the States come to London, but the food that stands the test of time in five or ten years, is not from there. The Fat Duck and the River Cafe, nowhere in America will you find these - and these are the places that have really influenced Britain.” 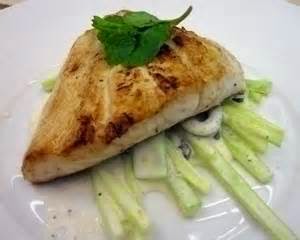 James (below) does, however, think there is something we should be borrowing from the US - their attitude to food. “When I went to New York eleven years ago, the restaurant scene was really vibrant, with people having the courage to put money behind restaurants you might not back here. In London, when I was looking for spaces for Lyle’s, I wanted to produce good British food at good value, so I wasn’t exciting enough to landlords in Soho, who are looking for concept even if it’s short term. But we are missing good value Britishness. I read a review recently where a critic complained about another British restaurant opening. I thought, Are you kidding me? There aren’t enough. The French and Americans would never dream of saying, Oh no, not another French or American restaurant.” 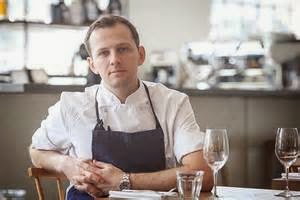 Changes are emerging, but not enough. When a rice pudding bar or bakery boasting oat cakes is announced instead of another junk food place copied from Disneyland, I will sigh with relief.