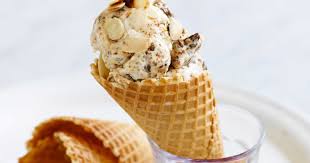 Despite the fact that the ice cream contains only 0.6 per cent rum, council officials in the Midland town ruled the scoop must be classified as alcoholic. Unsurprisingly, the shop owner, a Mr Gavin Murray, was shocked to be told that he was breaking the law if he continued selling rum and raisin at his store, 'Just Ice' in Derby's city centre Market Hall. Has the world gone mad, I ask? The council are being barmy, I hear you say!

Mr Murray and his wife,Sally, who run the shop, are quoted in the UK press, as saying that customers would have to eat an awful lot of the flavoured ice cream to feel the effect of the rum. Wouldn't you be sick before there was any chance of that?

It seems that instead of paying out the £1,000 for an alcoholic licence, Mr and Mrs Murray will try instead to modify their production process to 'burn off'' the rum in order to keep one of their most popular flavours on their gelato menu. None of their customers have been seen falling over drunk after eating the variety! 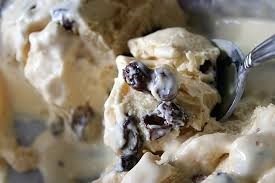 So what does the law say? - Under the UK's Licensing Act, a licence is require for any recipe with more than 0.5 per cent alcoholic content.

Cheers, pass the cone around then!!