A Peaky Blinders festival starts this weekend - and it sounds amazing.
Fancy a pint in the Garrison? A new festival based on Peaky Blinders opens on Friday 7th September. 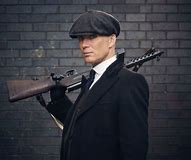 The eagerly-anticipated event arrives in the UK and it isn't far for Brummies to travel. The festival is based on the hugely popular BBC Two series, based on the Birmingham gang of the same name. The fourth season of the show has recently concluded on the BBC. And, while we may not have a fifth series until 2019, we can take some solace in the fact a new celebration at the Black Country Living Museum in Dudley will channel the style and feel of the show this summer. The festival will be hosted at the Museum in Dudley – where some of the gritty scenes from the BBC gangster drama are set.


The eagerly awaited event will take place over two weekends - September (7-8 and 14-15) and run from 7pm until 10.30pm. There'll be 1920s and '30s-themed cocktails and music, live street theatre inspired by the show, and a chance to head to the Garrison pub for a pint. The festival is also set to feature mock ups of the Birmingham backstreets featured on the show, complete with street parties and live entertainment.


"Step inside the murky underworld of the Peaky Blinders as you discover their dark history''. "Dig out your flat caps and take a stroll around the set for the Shelby’s scrap metal business - Charlie's yard – where many props used during the filming remain." 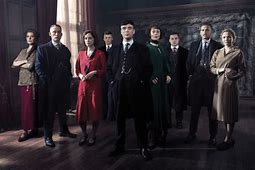 The event promises that you can:


·         Explore the smoky back streets and slum housing that gave birth to the notorious gang
·         Head on over to the Museum's very own 'Garrison pub' for a pint of real local ale
·         Be a part of the roaring nightlife that characterised the interwar years and enjoy live music, entertainment and dancing
·         Watch out for any fights that break out around the Museum, as this year live street theatre will bring the gun-slinging gang warfare to life before your eyes.
Tickets are on sale at £17 from https://www.bclm.co.uk/