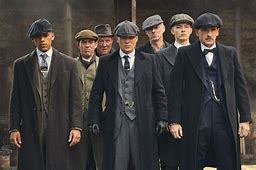 Prepare to be transported back to the turn of the twentieth century, at the very location the notorious gang made their first reported assault. An historic corner of Birmingham’s celebrated Digbeth quarter is to be transformed into a major two day Peaky Blinders themed experience on Saturday 29 and Sunday 30 September 2018.
Visitors to the Peaky Blinders Immersive Festival will be able to ‘down a pint’ at a sympathetically and authentically renovated The Rainbow Pub and Basement - close to where the term ‘Peaky Blinder’ was first coined. Presented by Brum Tours and Shameful Indulgence, the major two-day theatrical event will see the traditional Victorian Birmingham pub and its home of Adderley Street - both important locations in the infamous gang’s history - filled with a cast of over 100 actors and musicians in period costume alongside a wide range of events and activities for all ages. 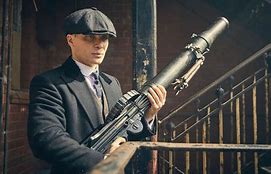 Taking inspiration from historically accurate research undertaken by Brum Tours - who have delivered their ‘Peaky Tours’ to over 20,000 people since 2014 - as well as major TV documentaries and productions, the festival will offer:

- Victorian-inspired street food dishes curated by the award-winning Digbeth Dining Club
- a vintage fairground featuring amusements and rides from the Peaky Blinders era
- historical talks delivered by experts from Brum Tours
- local ales and specialist cocktails delivered in authentic Brummie turn-of-the-century style
- live bawdy music hall style entertainment and Irish traditional folk musicians
- tarot card readings, live boxing, shoeshines, caricatures, live magicians, screenings
Birmingham-based stage designers and builders Perry Scenic have been commissioned to produce interior design authentic to the era alongside an array of installations, which will sit in the shadow of the imposing Staffordshire blue brick railway viaduct arch on Adderley Street in Birmingham. Visitors are invited to step into the murky working-class Birmingham world of the infamous gang, with underground bootleg bars and over 100 actors and musicians in flapper dresses and iconic caps. You will feel like an actor in the backstreets of an iconic Birmingham district. The Rainbow Pub will be sympathetically and authentically renovated to how it was when it was frequented by the Peaky Blinders.
“It’s a pleasure to be announcing the first ever Peaky Blinders Immersive Festival, set to take place in the historic area where it all began for the notorious gang. The Peakys are an intriguing and unforgettable part of Birmingham’s history; we want to give visitors a real sensory insight into life as it was for the working class in the early part of the Twentieth Century. We’re excited to be working with a number of partners to realise this fantastic two-day event - with high production values, real theatre, great food and drink, live music and more, it really will be an enjoyable and memorable day out for all.” - Adrian Barrows, Director, Brum Tours 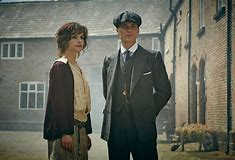 As this is a fully themed event, all guests must be dressed in authentic turn of the century attire!