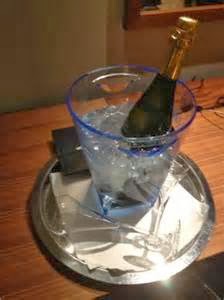 It's British Food Fortnight and, to celebrate the very best of British, Travel Zoo Local Deal Experts have handpicked and negotiated deals on award-winning dining, traditional afternoon teas and gourmet getaways around the country. They start at £25 and you can even get gift vouchers so you can treat a friend. Most deals are valid until the end of 2013 but some have end dates as late as March 2014. By vising the Travel Zoo website:
http://www.travelzoo.com/uk/local-deals/gourmet-cuisine/Midlands/?utm_source=localdeal_uk&utm_medium=email&utm_content=1577608&utm_campaign=1577608_html_the-midlands
you can select an area within the UK to view the local deals. I looked at the Midlands and London and these are four of the highlights on offer, but you need to book quickly as they all have strict time limits in which to purchase.


£29 -- Michelin-Rated Dinner & Bubbly for 2
The exterior of The White Horse has been called "striking" by The Michelin Guide while Trip Advisor has deemed the Balsall Common restaurant worthy of a Certificate of Excellence. Try it for yourself with this offer for a 2-course lunch or dinner with bubbly for two for £29 -- usually costing up to £57.30. As well as a glass of prosecco, this offer gets you a starter and a main course each. Alternatively, dine as a group of four for £13.75 per person. The White Horse is a 20-minute drive from the centre of Coventry. This offer is available for lunch or dinner, Sunday-Thursday, until 27 February, 2014. Excludes 2 December–7 January and 14 February.


The AA-Rosette-Awarded Malvern restaurant offers "contemporary brasserie dining in the Malvern hills", says The AA Restaurant Guide 2013. For less than £18 a head, you and a friend can savour a 2-course dinner, while sipping a glass of prosecco, with this exclusive offer. Usually costing up to £62.40. Alternatively, four people can dine for £69 instead of up to £124.80. The Malvern is in the 4-star Malvern Hotel and uses locally-sourced ingredients and seasonal menus. The deal is valid Sunday-Friday until 22 November. 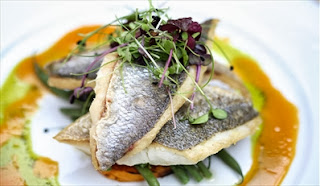 
Michelin-starred celebrity chef Marco Pierre White's Stamford Bridge eatery, Marco, has created an exclusive 3-course menu priced at just £25 a head. Usually up to £53, this offer, which also includes a choice of cocktail each, gives you the chance to sample a specially created set menu "driven by top-class ingredients, sharply-defined flavours and classy execution" (The AA Restaurant Guide 2013). Alternatively, two people can take up this offer for £49 (instead of £106). Located in Chelsea Football Club's Stamford Bridge grounds, Marco is the brainchild of football club owner Roman Abramovich and Marco Pierre White. The kitchen is run by leading chef Roger Pizey, who has regularly appeared on "Master Chef" and "Hell's Kitchen". This offer is available Tuesday-Saturday, from 6pm-10:30pm, until 31 January, 2014.


For £69 instead of £150, take in the luxurious surroundings of the 5-star Royal Horse guard’s hotel while dining on a 5-course tasting dinner for two people. Named London Hotel of the Year 2010-2011 at the AA Hospitality Awards, this Grade I-listed property overlooks the River Thames, holds two prestigious AA Rosettes, and recently featured on BBC's "Master Chef". Rich in Victorian splendour, restaurant One Twenty One Two is named after the hotel's former neighbour, Scotland Yard, and its renowned telephone number, Whitehall 1212. This voucher is valid seven days a week until 16 February, 2014. Lunch is served from 12pm-2pm and dinner from 5:30pm-10pm.

Making a purchase is simple. Check the small print for special instructions before you redeem your Local Deal and I recommend you call the merchant as soon as possible to get the dates that you require. You have 7 days to ask for a refund if you wish to cancel your order. Most vouchers are valid for two people and are valid between certain days of the week, subject to availability. Reservations are required. Vegetarian alternatives are available but this requirement must be mentioned when booking.