My family had a great vacation last April in Florida. We visited all the theme parks, had some great 'fast food' and enjoyed beautiful weather and friendly people. As there were seven of us, we hired a condo for our 14 day stay - a hotel would have been far too expensive, unless we had opted for a two or three star place. I would not have risked putting my family in anything less than a four star hotel, particularly as I was unaware or had any experience of the 'level' of two or three star hotels in Florida. Ratings vary so much from country to country. While I would not consider anything less than a five star hotel in Egypt or Turkey for example, a three star even a two star hotel in Italy is always good value. Are hotel ratings meaningless? 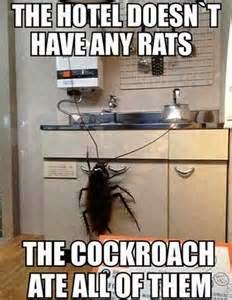 On International Drive, Florida, plans for a 1,253-room, self-proclaimed ''seven-star'' hotel have been drawn up that will transform the Orlando skyline (below). If the hotel rating system is to be taken seriously seven-star accommodation should afford a level beyond luxury, with comforts beyond the wildest dreams of what was possible in a five star But what sort of amenities and services can one actually expect from a seven-star property? 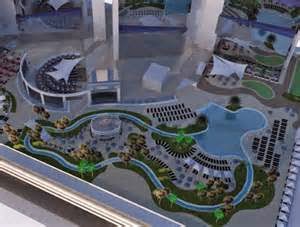 ''The only thing that a hotel claiming to be 'six' or 'seven stars' does for me is to put me off going there,” said Fiona Duncan, the Telegraph's hotel expert in last week’s Travel section. “There is no international rating for hotels and therefore the use of six and seven stars is meaningless, and simply a short cut to saying that a hotel is bigger, flashier, glossier and glitzier than the norm. "However tall or large or glitzy, a hotel awarding itself seven stars is no indication whatsoever of quality."


Orlando’s iSquare Mall & Hotel will cost $400million to build and will include two towers, a 31st-floor rooftop observation deck, a host of shops, restaurants and an ice-skating rink. While a glorified shopping mall may not be everyone’s first choice for a relaxed, pampering break, the hotel’s developer, Blackmine Group, said the property would have "a swanky, irresistible vibe that makes each guest feel like a celebrity or billionaire".


The iSquare Mall & Hotel would not be the world’s first seven-star hotel however. Dubai, unsurprisingly, lay claim to having the first - the Burj Al Arab (below), which describes itself as the most luxurious hotel in the world. A night in the Royal Suite here costs from £4,763, while a deluxe room costs from £952 a night online. Guests at the hotel have access to luxurious “extras” of questionable taste that include gold iPads, gold tattoos, caviar facials, a chauffeur-driven Rolls Royce and revolving beds.  These efforts to impress appear to have paid dividends, however, as the hotel was named the best in the world by readers of the Telegraph's luxury travel magazine, Ultratravel, at its award ceremony last year. 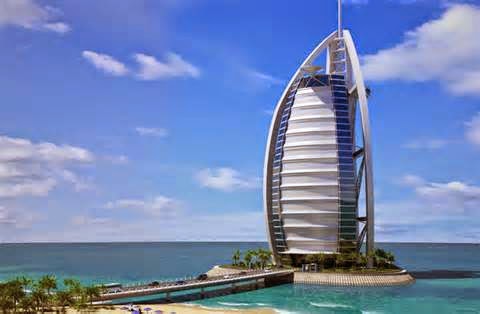 Another seven star hotel is the Pangu 7 Star Hotel (below), created in time for the Olympic Games in Beijing. A night in a deluxe room here however can go for comparatively little, from £210 a night. The hotel claims to harness the ancient art of Feng shui "on a grand scale" with reproductions of art from the Forbidden City etched onto some of the rarest Italian marble and hand-embroidered silk wallpaper. 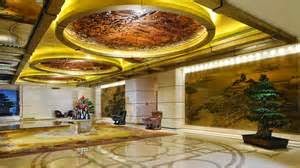 While quality is by no means guaranteed abroad however, star ratings seem to be more reliable in the UK. "We have an acknowledged star rating system,” say Fiona in the Daily Telegraph, “It is determined by services and facilities, but also, crucially, by the quality of the welcome, service and hospitality of the staff, the food and the cleanliness. This ensures that guests have an idea of the standards and quality of a particular hotel.”


So how do we can make sense of hotel star ratings in Europe?  Sophie Butler, the Telegraph’s consumer advice expert said: “The Association for Hotels, Restaurants and Cafes in Europe (Hotrec) gives a useful overview of what hotel ratings mean in Europe. “But until the EU comes up with an integrated scheme which we can all understand and that tour operators also subscribe to, holidaymakers will need to rely on informed guesswork when trying to decode the ratings systems.” 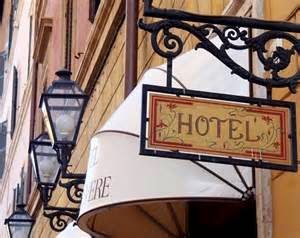 So guesswork it is then! Or maybe one’s experience is the best guide and for that to work, one has to have had some bad experiences, as well as some great ones. I think I’ll stick to four star and above hotels, they have rarely let me down in 40 years of travelling!