We're having neighbours 'round for supper this weekend and the menu is planned, just about. It's homemade pasta for starters - probably tagliatelle or spaghetti in a rich tomato sauce and reminiscent of our light lunches in some small taverna in Tuscany or Umbria. However, after an eating spree in Rhodes last week, I'm supposed to be on a diet and isn't pasta the first thing dieters give up? 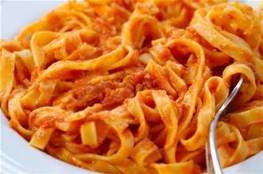 Thankfully then, I hear that of all people, Italian experts have found that pasta does not make you fat and may even help you slim. Great news as I love pasta and can't wait to be back in Italy again in a few weeks time for my summer break!

According to recent press reports, when eaten as part of a Mediterranean diet rich in vegetables and olive oil, pasta is linked with slight reductions in Body Mass Index and waistline size. The study by Italian scientists analysed the diets of more than 23,00 people and asked them to record everything they ate in a diary. They then quizzed them about their diets. The daily amount of pasta consumed was standardised and compared to their BMI, waist and hip measurements and the research concluded that there was no link between eating pasta and gaining weight. Surprisingly, it was actually linked to being slimmer.

The experts in Pozzilli in Italy, conclude that contrary to what many think, the consumption of pasta is not associated with an increase in body weight, rather the opposite. Researchers found that those who ate pasta regularly were almost more likely to follow the Mediterranean diet, eating tomatoes, onions, garlic; olive oil, seasoned cheese and rice. However they reported that the beneficial effect of eating pasta existed regardless. 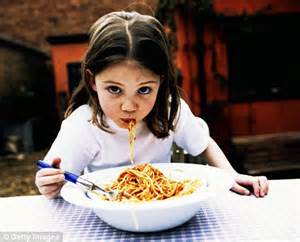 But, be warned - quantity is the key! We in the UK (not me), eat far bigger portions of pasta than our Italian neighbours, who consume around 50g to 65g a day. Rest assured, this weekend's pasta course will only be a starter portion!