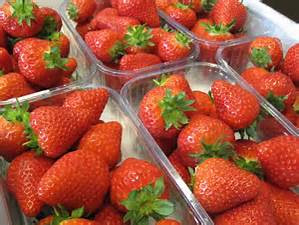 It's strawberry time, whether you are at Wimbledon or in Watford, in the garden or at a BBQ, now is the time when we enjoy British strawberries at their best. I must admit to having a wealth of the berries in my garden, but if you are out buying the fruit this week then I recommend buying Malling Centenary.

British strawberries have long been recognised as among the best in the world and a symbol of British summer, but it seems that they are now even tastier with the development of a new variety. The Malling Centenary which retains its taste and shape despite picking and packaging is now widely available in shops and supermarkets across the UK. Up until now, the Dutch Elsanta has been one of the most common varieties due in part to its high yields. But because it is produced to have a long shelf life, it is often described as 'tasteless'. 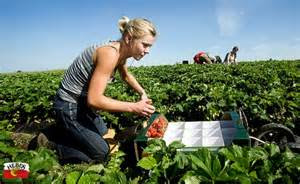 Another common variety is The Sonata which is popular because of its ability to flourish in both hot weather or heavy rain, a typical characteristic of the British summer weather. But the UK berry growers are predicting that both the Elsanta and the Sonata could be 'no more' as neither is as sweet or as big as the Malling Centenary. Even Sainsbury's, one of our biggest supermarket retailers, has said that while Elsanta has been the backbone of the industry, it was seeing a shift towards the Malling Centenary.

This new fruit was developed by East Malling Research in Kent and was released to a limited number of suppliers in 2013, but it has proved hugely popular that major supermarket and many shops now prefer it. It also won 'best new fruit variety' at this year's Grower Awards in February. 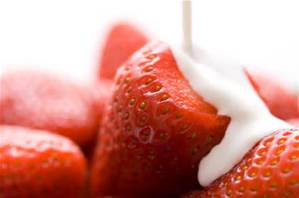 So don't just pick up any punnet of strawberries in the supermarket this week, hunt down the Malling Centenary for THE best British strawberry. You deserve it!