Thanks to my niece, Bjork, I have been introduced to the first wholly vegan pub in the UK, which has opened in Canterbury, recreating classics without the animal products. Everything at The Monument, under the new management of couple Tom Boughton aged 28 and Jo Brookman, 30, is vegan only, including drinks and bar snacks. The venue in St Dunstan's Street is a pipe dream coming true for the couple and the response has been 'overwhelmingly positive'. 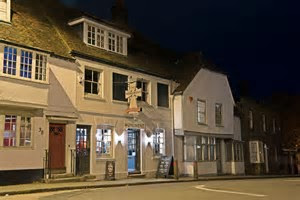 The couple decided to take over the pub after it came on the market last year. Punters can enjoy their regular pie mash or burger, but they will be made from mock meat and plant-based substitutes. The couple, unsurprisingly perhaps, are both vegan and Tom is reported in the Kent press as saying: "I think a lot of people are scared of the vegan food and it puts them off. We say try the food and see how nice, easy and non-scary it is."

Canterbury has an active vegan community, hosts the Kent Vegan Festival and the change in menu at the popular pub is "going down well with everyone".Tom said: "It is the only wholly vegan pub in Kent. We have double checked with breweries and wine makers which means people will not have to Google if a pint of cider is vegan friendly or not. People can come here and literally have everything. "Even people who are not vegan are saying it's a great idea." Tom has worked in bars on and off for ten years, getting the hang of the business while Joanna has a teaching background. But the couple, who have been dating for two years, have always been keen on living in Canterbury and running their own restaurant. So when they saw The Monument available for rent last year on a property site, they chose to "hit two birds with one stone". The pub had been recently refurbished by agents Shepherd Neame and boasts one of the biggest public house gardens in Canterbury.Tom says: "We agree with the ethical and environmental side of things but we are not militant about it." 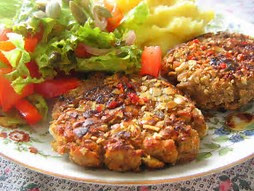 What's on the menu, I hear you say? - The drinks are "reasonably priced", with two cocktails for £10, two bottles of ale for £7 and bottles of Sol for £2.50. The venue relaunched on March 21 and the kitchen which started functioning yesterday includes an Elvis burger, Texan burger and Italian burger. It will also serve a Sea Shepherd's Pie (vegan mariners pie), homemade chilli, and pies. The prices are under £12.