When my wife was a MasterChef finalist back in 1992, wild mushroom ravioli was exactly what it said and strawberry mousse with Amaretti biscuits was what Loyd Grossman described as 'Yummy'. So why has BBC's MasterChef now become so pretentious? Gone as calling a green salad, a salad or a blackberry, a blackberry and in has come custard ravioli and sweet potato chocolate mousse. 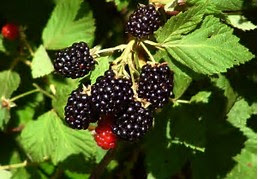 If you were among the many viewers who watched Monday night's episode of the popular cooking competition, then you will have witnessed the common or garden blackberries being re-named 'brambles'. You might even be one of the many watchers who tweeted or Facebooked the show at your utter disgust at such pretentious nonsense. Presenters John Torode and Gregg Wallace are so far up their own backside that they should be replaced with Noddy and Big Ears! Torode, not much of a chef himself, criticised the dish by contestant Brodie Williams, of roast partridge with port and blackberry sauce by saying that the 'brambles' were not pickled enough, describing them as 'too sweet'. Are 'brambles' an Australian delicacy Mr Torode? As for Wallace, a greengrocer with no knowledge of the kitchen, he simply repeated the term, when he should have known better? I bet your mates down London's Spitalfields Fruit Market were laughing at this massive fax pas, Gregg. 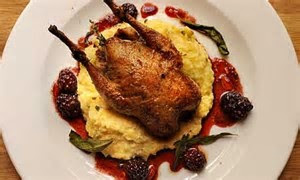 So, is the trendy and fashionable term for blackberries now brambles? According to press reports, the Royal Horticultural Society describes the fruit as blackberries although they grow on a plant widely described as a 'bramble'. While the Oxford Dictionary defines a bramble as 'a prickly scrambling shrub'.

For me, a blackberry will always be a blackberry - a glorious summer fruit that is freely available in the countryside, and that I use for wonderful summer puddings, jams, jellies and home-made wines. I can't wait now to get out there among those prickly brambles and pick this delightful fruit. As for Torode and Wallace - stop this pretentious posing please, you're ruining the MasterChef legacy of English summer fruit puddings. Pass the bramble jam please, John!