The UK press is full of the research by Manchester University into the Brits changing attitudes to dining out in the last ten years. 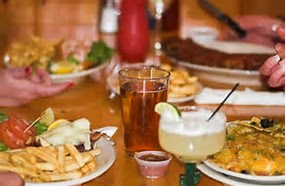 It seems that while it used to be a treat to go out to a restaurant and enjoy a leisurely three course meal with family and friends, and it certainly was when I was a boy, now eating out is a routine affair. We don't even dress -up anymore, well that's three quarters of us. Not me, I'm off for a lunch today with former colleagues and friends and it will be collar and tie for me!

Researchers at Manchester University have published results showing that eating at a pub or carvery or the local Italian is simply seem as cheaper and easier than cooking at home. So all those TV cooking programmes don't encourage us to cook anymore? Apparently not! The survey of 1,100 people (that's not many) in three UK cities in 2015 was compared to similar research in 1995 and while 39% of folk dressed up to go to dinner in 1995, that has fallen to less to less than 25%. In 1995, 29% of people said their most recent restaurant meal was a special occasion - which has now dipped 26%. The survey shows that eating out is now a more ordinary event as well as being for special occasions. It is claimed that some people just go out to dinner because they do not have anything in the fridge. However, one saving grace from all this research is that we do think of our waistlines and going out to eat, no longer means a three course meal. 30% of people surveyed had a stater and a dessert with their meal in 1995 and this is now down at 22%. 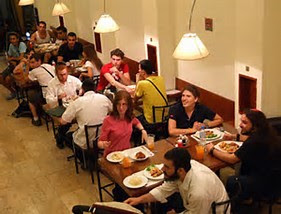 Surprisingly, the frequency of those eating out has not changed and is not driven by laziness or a decline in home cooking (who are they kidding?). The shift has been in eating out being seen now as a 'same day event', with a fall in 'planned' meals out. It seems that British food is still the nation's favourite, closely followed by Italian and Indian food.