What's so special about avocados? I know it's a super food, but folk seem to be suddenly going mad for it, and not just hipsters and foodies. Even my son-in-law is now adding it to is scrambled eggs as a breakfast treat! While my niece, Bjork, keeps posting about new 'avocado bars' on Facebook. Suddenly, everyone has discovered this one time underrated fruit. So what's the effect of this new craze? Prices soar. 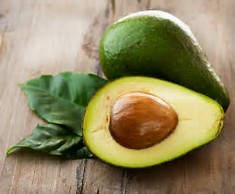 It appears that we are about to pay record prices for avocados as this new demand increases and we are told poor harvests threaten global supply, the later being a common reason these days to put prices up. The wholesale price of avocados has rocketed over the last 12 months with the cost of 10kg box of the fruit from Mexico doubling from £10.50 to £21 - the highest in twenty years. The press are reporting floods in Peru and a late crop in Mexico. Production in California is also low and we are told it is down to 44 per cent, due to drought. And then there is our increasing 'thirst' for this humble fruit.

The US used to be the largest consumer of avocados but now the UK, France and Europeans generally want more. Even the Russians and the Chinese are waking up to the health benefits of the fruit. So much so, that the increased prices are being fueled by rumours that Mexico might run out completely. If you believed that then you'll believe the earth is square!

Here in the UK, prices prices have risen in the last ten years from 47p in 1995 to £1.05 today. This to my mind, is due to the increasing demand to put avocados in everything from smoothies to chocolates. There is little doubt that the fruit has become a major trend today, to which producers can cash-in. We apparently, have suddenly woken up to the health benefits of avocados. I was eating them in my summer salad back in 1999! They have the highest protein and oil content of any fruit and therefore may well reduce the risk of cancer and heart disease. They can also reduce cholesterol levels and reduce blood pressure. But, hold-on, am I adding to the already high demand for avocados and pushing up prices further, by publicizing this again? 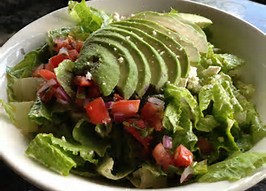