What the hell is happening in the coffee business? It looks like war! It appears that there are so many coffee shops theses days that the market has become so saturated and the big chains have declared war on each other and on the growth of the smaller independent coffee houses. Sadly, it's not about costs and this skirmish is unlikely to drive prices down. It's about quality and quality costs more. 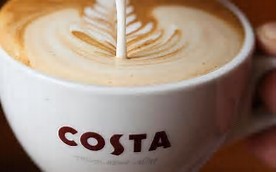 We drink more coffee now than ever before - the average Brit spends more than £2,000 a year in coffee shops. We are drinking 2.3 billion cups a year and that's 45 cups for every single adult in Britain. But apparently we are becoming more discerning about our coffee. Hence the push by the the big coffee chains to promote their coffee by 'slagging-off' their competitors. Witness the recent advertising by Costa telling us how wonderful their coffee and how bad their rivals were. They need to do this because for a decade we Brits have been a real pushover, clambering into their high street coffee shops, as if the coffee bean is becoming extinct. But the caffeine horizon is changing.

According to experts, Coffee expansion is stalling. Sales at coffee giant Costa have slowed from 2.3% growth last year to 0.6% in the last six months and that means profits have dropped. And it's the same at the other high street giants. However, in contrast, there's an influx of independent coffee shops and small chains are springing up all around the UK, offering something better. Is the future coffee market about boutique and small scale coffee brands? It seems so. Only last night, my partner suggested we should boycott the big coffee chains in favour of the small provider, as Costa, Starbucks and Nero etc have lost their touch when it comes to offering 'great' coffee. When you have more than 2,000 outlets as Costa does, maintaining the quality is a challenge  and one they are failing - and they know it. Having spent a good two months in Italy this year, I know what 'great' coffee is. I'm sure, more of you are like me and want 'real coffee'! 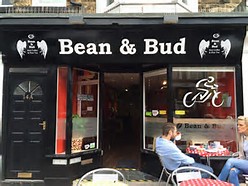 The growth of the small independent coffee house is good news for consumers. It's unlikely to push up prices, but will improve quality and that's what we want. Food and drink analysts are predicting that a wave of artisan coffee shops are about to hit the UK. (Hurray!) There is no doubt that us Brits have developed more sophisticated tastes and want higher quality innovative drinks. The Daily Mail yesterday likened the change, to the one that took place in the wine market some years ago, where UK consumers moved from drinking 'Black Tower' and 'Blue Nun' to demanding Chardonnay and Sauvignon Blanc.

So what are the coffee chains going to do to fight back in the war against each other and the new boys and girls on the high street? Watch this space - Starbucks have already taken a lead with their Black Label Reserve Roastery, a coffee roasted on the premises while you watch, giving an artisan feel. It's much like the micro brewery concept. Starbucks has already opened one in Seattle, New York and Milan are on the way. You can bet the UK's in their plans.