It's mince pie time! This week we'll be making mince pies for the festive season. The kitchen will be humming to Christmas songs as we roll out the butter pastry and spoon the tasty mince meat into those perfectly formed cases. It's a massive task in our household, as we have already promised a box of mince pies to almost everyone in the family. 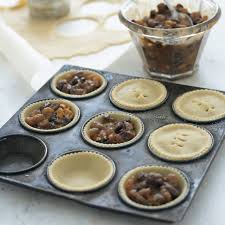 I'll keep you posted on how it goes, but in the meantime, here are three things about mince pies that I doubt you know:-