Good Food On The Go 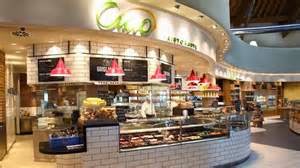 I had the opportunity this summer to fully experience the food on offer at motorway service stations and airport departure lounges in both the UK and in Italy and frankly we Brits have a thing or two to learn from our European friends. The Italians demand their food at the AutoGrills on their autostrades (above) or in the aeroporto, to be as good as their best restaurants, and would not settle for anything less than the best fresh pasta or pizza, while they take a break. Meanwhile, we English are easily satisfied if we can get a dried-up burger or an over-cooked sausage alongside a pile of greasy fries. 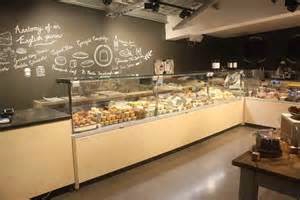 Motorway service stations and airport departure lounges in the UK are often uninspiring when it comes to food. But pleasingly, a new wave of restaurants and farm shops are revolutionising food on the move. The new Gloucester Services on the M5, showcases produce from local farms and includes a butcher's counter (above), regional cheeses and an in-house pizza oven (things commonly found at Italy's autostrade 'rest-ups'). It is owned by the Dunning family, who created the artisanal Tebay services on the M6 in 1972. Gloucester Services is similarly local - working with 130 suppliers within 30 miles (below). 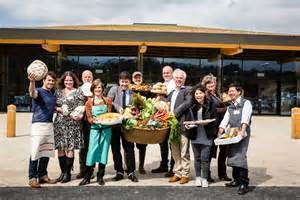 At Heathrow's Terminal 2, The Gorgeous Kitchen  has just opened (below). Run by four British female chefs - Caroline Artiss, Jo Pratt, Gee Chapman and Sophie Mitchell - the restaurant serves seasonal British-grown produce. On the menu there are dishes such as Chorizo toad-in-the hole. 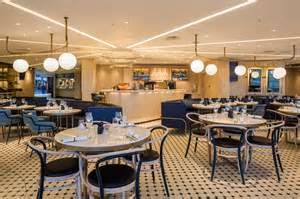 Maybe UK 'food on the go' is looking up!