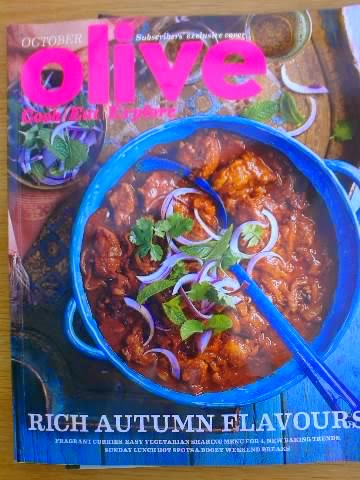 Olive magazine is taking advantage of its nationwide readers this month, with what I can confidently call a 'London Edition'. Almost every feature and all of the usual articles showcase somewhere in the capital. It starts from the 'Welcome' on page 3, where Editor, Christine Hayes, directs readers to five food pros on pages 27 to 33, who make the most out of operating in small kitchens. They are all London based! 'Table Hopping' highlights three London restaurants. 'People We Like', reports on chef James Walters based  at Arabica in London, and on the same page 'Cheat sheet' on Greek cheese, promotes Opus in Marylebone, London. I can go on - London Cocktail Week gets a mention, there's four pages of veggie recipes from the Rawduck eatery in Hackney in London and 'Do Try This At Home' shows us how to prepare squid like they do at Bibo, a new addition to Putney's restaurants, in London. I know it's becoming boring, but I must continue - 'Pro v Punter compete for the best meal at Kensington's Pavilion restaurant and finally in '3 Ways With Sausage', two are inspired by London based eateries.

Having got that off my chest, I can say that there are some inspiring recipes in the October edition of Olive, if you can ignore the very strong London bias on almost every page. The cover recipe of Vindaloo with red onion mint chutney, featured in an exciting section entitled 'Spice World', had my taste buds going, alongside a Chettinad chicken dish (below) and Chermoula tomato and fish tagine. The Vindaloo contains pork marinated in many exotic spices, including a Kashmiri long skinny red chilli, but similar will do. The marinade works best if left overnight it says. 'Cook Weekend' also offers some exotic recipes like Malay chicken with hot sweet dipping sauce and a Pheasant ragu. I must remember we have a two self-prepared pheasant breasts in the freezer, so a ragu with fresh pasta is a good idea! 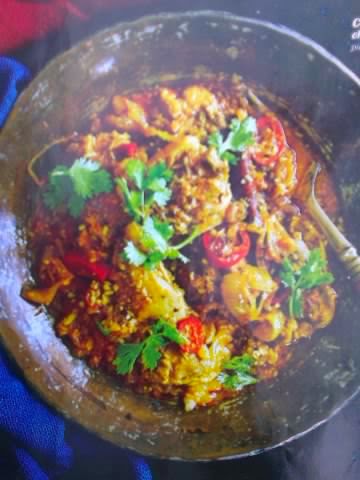 There are some 'yummy' pages on Hot Cakes this month to tempt the sweet-tooth brigade. Pity they are from London's (again) Lantana café! However, the Sticky toffee ginger loaf (below) and the Spiced pear cake caught my eye as two very different dishes to try for that special event. Likewise, Orange and honey cake with honey syrup to keep it moist is a nice idea - they recommend that it is eaten the day it is made. There is every chance of that! 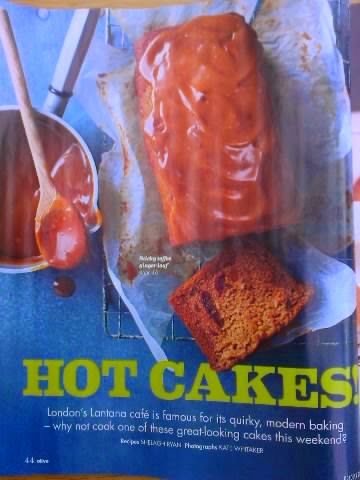 'Cook like a local' takes readers far afield this month, to Chengdu, the Szechuan capital and offers memorable food from tongue-numbing stir-fried pork in chilli sauce to spicy kung pao chicken with peanuts. Sounds splendid. Chengdu was the first city in Asia to have its food culture recognised by UNESCO and was named the official City of Gastronomy in 2011. I doubt I will ever visit, but the recipes in this feature look to be alternative Chinese dishes when Chinese is on my menu. Certainly more likely than the squid that Bibo turns out to add salty depth to his pasta dish, on page 77. Pasta turned black by squid ink has never appealed to me and even with the white of the squid, I would not call this a 'colourful pasta dish'. 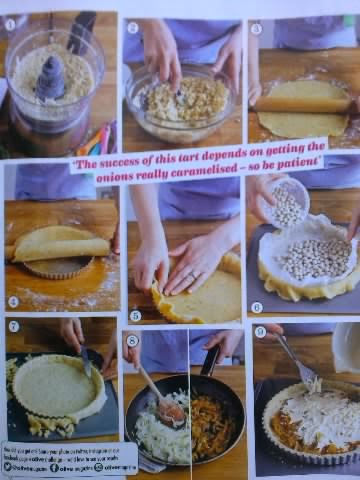 There's a useful step-by-step guide to making a French onion tart - very clear and detailed (above) and the '3  ways with sausages' mentioned earlier offers some alternative ways to use this simple product. I thought that the Sausage rostis with caramelised onion gravy and inspired by the Golden Lion pub in South Wales, was a winner (below). 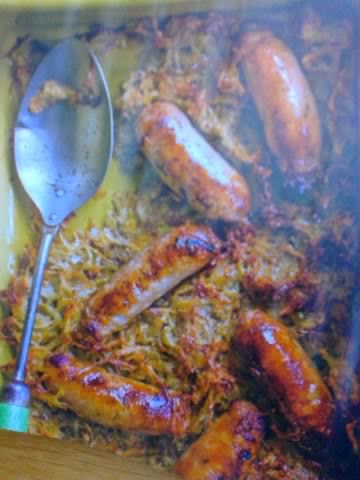 Finally, 'Bitesize breaks' for October, highlights lovely Puglia in Italy, the beautiful Shropshire Hills with its nearby foodie capital, Ludlow (below), Languedoc in France and the Icelandic capital Reykjavik. ''Weekender'' takes readers to Bologna, the home of the pasta sauce, and I agree with the recommendation- not to miss the market Mercato di Mezzo. For reader 'On A Shoestring', Olive suggests Thessalonika, Greece's second city for tremendous seafood, sausages and pastries. They say BA flights from Gatwick are only £117 - that sounds cheap! 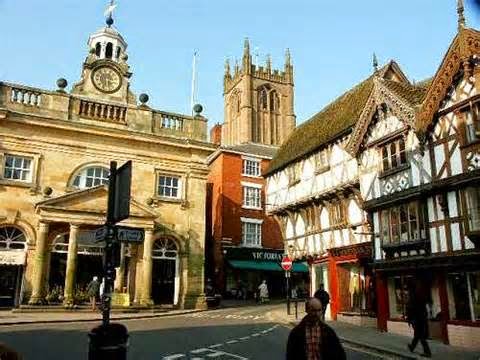