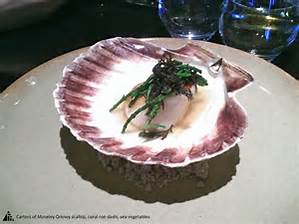 A special occasion, such as my wife's birthday, deserves a special meal and it was a thrill when our son with our grandson decided to treat his 'TV MasterChef' mum and myself to a Michelin starred supper last night. Carters of Moseley in Birmingham is one of the second cities five Michelin star restaurants and this was our first visit since Brad Carter, the owner and chef, achieved the accolade last year.

A table for four booked at 7.00 pm, we selected seats looking into the kitchen, from where we could see head chef and his eight or so assistants preparing food in the confined space at the rear of the restaurant. Welcomed by the informally dressed maitre de, he proceeded to explain the philosophy of Carters with regard to its food and menus - 'quality food that is not pretentious or complicated and that goes back to basics in using seasonal products from trusted local suppliers. Their dishes are traditionally British, created to be affordable and fun'. I couldn't wait!

We selected the 8 course dinner menu at £85 per person, but passed on the additional Wine Pairing at £75 per person, deciding to select a bottle of Italian dry white from the wine menu, some glasses of Spanish merlot for the son, and plenty of water. The maitre de was very knowledgeable on all the wines and anyone unsure what wine to select with their food would feel relaxed after he had explained the tastes from each vineyard. 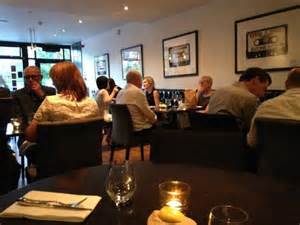 A proliferation of waiters and waitresses were very welcoming and were forever prompt with service and clearing. Two specific waiters were devoted to our table and they were friendly and informative, without being overly familiar. They described each course as it was served and answered any questions about the dishes. They were particularly accommodating when it came to serving our 12 year old grandson, who sees himself as something of a food connoisseur, always preferring a scallops to a burger!

The 8 course dinner menu began with a range of starters, what Carters call 'Snacks'. Each was served separately and each dish explained to us y the waiter. The first 'snack' was Chicken Liver Cereal - a delightful bowl of smoothly refined pate encrusted with a cereal mix (below). Next came Black Queenie and Sea Buckthorn - what resembled a cockle in its shell garnished with buckthorn, that reminded me of seaweed. Sadly the 'seaweed' was not really edible, but thankfully the fish was memorable. Two more 'snacks' followed, House Charcuterie -  a slice of smartly cured tender local Tamworth pork, and Raw Kolrahbi, Pine and Salad Burnet - an expertly presented dish which celebrated the beautiful taste of an underrated vegetable and tasted divine. 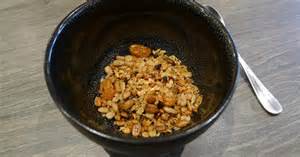 With all 'snacks' devoured, a couple of slices of fresh sourdough bread (below) to be spread with two homemade butters provided a short interval, before the first of our three fish courses. I must admit to not being an avid fish fan, but how wrong I was when faced with Carters dishes. The Mackerel, Yorkshire Rhubarb and Tokyo Turnips was a gorgeous mix of smoky mackerel, sharp tender rhubarb from the renowned Yorkshire triangle and the humble turnip. An excellent combination, chef! As for the second fish dish - Raw Squid, Swede Dashi and Tamworth Back Fat - I was unsure as it faced me. However, the fish broth featuring the cubes of squid, swede and fat was quite sumptuous, particularly the taste of the liquid broth itself. 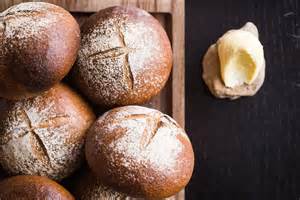 The highlight of the menu, for me, came next - Pine Mushroom Porridge and Moliterno al Tartufo - a small bowl of risotto with wild mushrooms and pine nuts topped with a delightful slice of expensive locally-found truffle. I could have eaten a plate full! An outstanding dish that deserved a Michelin star on its own.

The dishes continued to arrive, with Cornish Monkfish, Artichoke, Sea Kale and Bacon Fat next, followed closely by Wild Duck Onion Squash. The monkfish was meaty and tender and was superbly complimented by the sea kale, while the wild duck had been tenderised for days and was very pink, it provided the delicacy you would expect from a renowned Michelin chef. We watched Brad Carter (below) throughout the evening quietly going about the preparation of his stylish British dishes. No noisy 'Gordon Ramsey Kitchen' at Carters, just a professional working environment delivering great dishes. 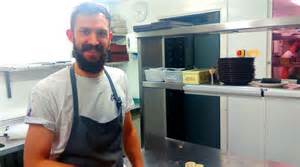 There were three desserts to complete our special evening - St Bartholemew Tart - a sharp cheesy dessers whose smell was as strong as its kick. Then came Cheesecake, Russet Apples and Lime and finally Black Rice Cornish Kombu. As for the Cheesecake, it was served by our grandson! By the end of the evening he had wheedled his way into the kitchen, thanks to Holly Carter's invitation, and assisted in preparing the apple and adding the lime garnish, before serving under the maitre de's watchful eye. It was an experience that the 12 year old will never forget!

A tremendous special evening with superb food, of a quality it would be difficult to better in some of the world's greatest restaurants. Outstanding service from attentive staff who went the 'extra mile', I cannot recommend Carters more highly to any visitor or local to Birmingham. 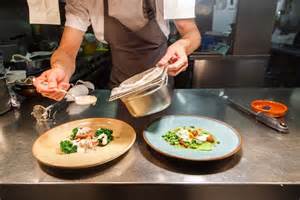