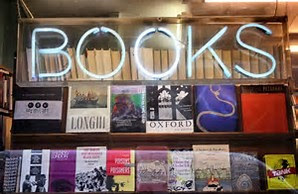 The bookshops are awash with cookery book these days and it is hard to pick out the new books from those TV celebrity chef publications, that seem to get centre-stage in bookshop displays. I've found three new cookbooks that might just appeal to those readers that like to try something new from the lesser known cook  that is plying their trade away from the TV lights and the glamour.

'On the Pulse' by Georgina Fuggle (Kyle Books at £10.99)
Pulses are cheap, nutritious and filling and are a brilliant staple. This collection of modern recipes shows how versatile pulses can be. There are lots of family meals featured, including comforting pies, stews, curries, soups roasts, cakes and bakes. There is also a handy guide to finding your way around the vast array of pulses, how to soak them and their cooking times. I spotted a recipe for Cheese cannellini bean pie with fennel seed pastry! 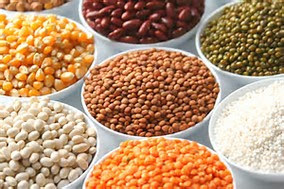 'Healthy Baking' by Jordan Bourne (Orion Books at £20)
Readers will know of my love of baking, so this book by Irish chef Jordan Bourne is a delight. He champions 'real' bread (just what the Real Food Inspector loves!) and makes bakes healthier by using natural ingredients, ancient grains, such as rye and spelt and the distant art of fermenting. His sweet bakes, including plum and raspberry buckwheat crumble are free from refined sugar and packed with fruit, nuts and spices. Jordan also includes a variety of dinner ideas, including tarts, pizzas and baked vegetables. His recipe for sourdough is worth a try. A heavenly book! 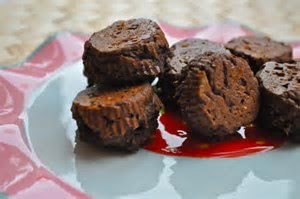 'Gatherings' by Flora Shedden (Octopus Publishing at £25)
If the name Flora Shedden rings a bell then you will remember her as a 19 year old semi-finalist in the 2014 Great British Bake Off TV competition. She impressed the judges with her very complex bakes. However, in her debut book she has definitely pared things back with an emphasis on casual and laid-back dishes for sharing or for family gatherings . Recipes include slow-roast meats, platters of salads and scrummy desserts. Her sloe gin-braised venison looks and sounds terrific. Sadly, I predict this cookbook will be bound for the discount bookstores, as it's not great value at a whacking £25! 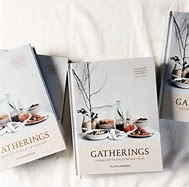