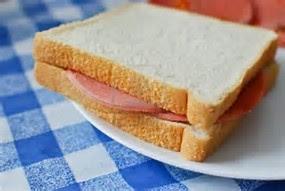 We might tell our friends that we love a wrap, a sushi or a taco for lunch, but is that the truth? There may be more and more exotic choices for lunch these days, than when I was younger, but according to recent research, it seems we Brits cannot give up the humble classic sandwich.

Whether it's a ham sarnie or an egg and cress filled slice, a poll of workers' lunchtime favourites, puts these at the top of the lunchtime menu. One 'traditionalist' even admitted to having had a ham sandwich everyday for 20 years. I'm not quite in that league, but I do like a cheese and ham sarnie more often than not.

In research by the New Covent Garden soup Company, one in six folk interviewed said that they had stuck with the same basic lunch for at least two years, giving cost and the lack of inspiration as the main reasons for sticking with identical options for so long. More than 75% had not varied their midday meal for nine months, while 60% said that they had confined themselves to one sarnie for as long as they could remember. How often have you seen a work colleague bring out the same bread filled 'delight' everyday? According to the research, the most popular lunchtime treat was a ham sandwich, followed by cheese and chicken sandwiches, filled baguettes (from Subway, no doubt), and a salad. Egg sandwiches and pasta and jacket potatoes were also staple choices. 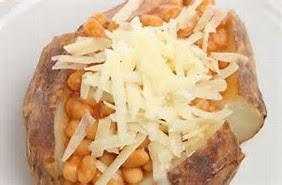 But the study of 2,000 people also revealed that 80% of those interviewed were bored by their lunch choices, hence the research company's interest! Sadly, eating the same thing everyday means we risk not getting a wide variety of nutrients, in addition to being very monotonous. But most of us wouldn't want to always go on holiday to the same place, so why do we keep eating the same meal, day after day? Is it down to our laziness or can we make some small changes which will open our minds (and taste buds) to new food experiences. 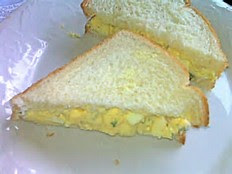 Go on, give it a try. Have something different for lunch today!