It's official - the Brits favourite vegetable is broccoli. Surprised? So am I, as I know so many people, particularly children, who just detest the taste and dryness of broccoli. However, according to a poll by Diabetes UK to promote its Food You Love campaign during Diabetes Week, broccoli has been crowned Britain's favourite veg, 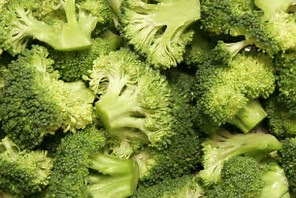 Broccoli has undergone a transformation in recent years with its reinvention as a 'superfood' and a great deal of media attention on its nutritional qualities, and that has won it a legion of new fans. The online survey of 2,000 consumers across the UK, which asked them to name their favourite vegetable resulted in 12 per cent voting for broccoli. It saw off strong competition from sweetcorn and tomatoes, which both attracted 10 per cent of those polled. Unsurprisingly, kale emerged as the Brits least popular veg, with only 18 votes - less than 1 per cent of the total vote.

As for fruit, it was strawberries that had the most votes, chosen by 14 per cent of participants in the survey, closely followed by the banana, the pineapple and the mango. Regional results showed some differences in choices, with Brussels sprouts proving to be the most popular vegetable in the North-West of England. Eastern Britain was the only region to champion the garden pea, voted for by 14 per cent, while Londoners appeared to be mad on mangoes. 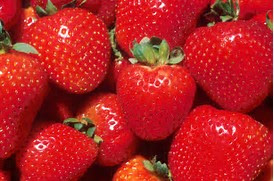 If you are not a broccoli lover, then maybe you need persuading - broccoli is a good source of vitamin C and folate, but also contains vitamins A and K, calcium and fibre and a range of compounds which are said to combat cancer. Isn't that enough in itself?

I'm sad to see courgettes missing from the list and what about the humble but tasty swede, my favourite vegetable!