''I do not believe it,'' as the late Victor Meldrew used to say! But it's true, according to new research - there are children who think that pasta comes from animals. I hope their parents are embarrassed and their teachers too. What are we doing to educate our kids about food? Not enough, it seems. And I thought that the National Curriculum, introduced by the last Government put food technology higher up the agenda. If it did and schools are delivering it according to plan (though I suspect not), then they are failing and maybe Ofsted should step in quickly or we will have a generation of ' food illiterates'. 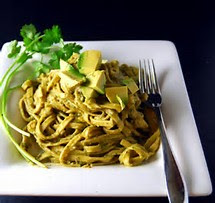 According to recent research, many children have such appalling knowledge of food sources, they think pasta comes from animals, eggs from cows and fish fingers are made of chicken. More than 25 per cent of primary school children think cheese comes from plants, while 10 per cent of teenagers say fruit pastilles are healthy. Research carried out by the British Nutrition Foundation says that teachers need more support to widen children's knowledge of nutrition beyond whet they glean off the internet. It might help if parents give that support, is what I say!

The Foundation surveyed just over 5,000 children aged 5 to 16 years, as part of its annual Healthy Eating Week and among the disturbing findings, 13 per cent of 8 to 11 year olds believe fish fingers are made of chicken and 14 per cent think bacon is the produce of cows, sheep or chickens. Nearly 30 per cent of primary school pupils claimed cheese came from plants and just over 20 per cent cited the same source for prawns. One in ten of 11 to 14 year olds surveyed did not know that carrots and potatoes grow underground. Some gave vines or trees as possible sources.

As for healthy eating, 25 per cent of teenagers think strawberry jam contributes to your 'five-a-day'. 10 per cent cited fruit pastilles and 8 per cent, crisps. What an appalling state of affairs! And the BNF blames the internet? I blame the teachers and the parents. It is noticeable that according to research, most primary school teachers have not undertaken any professional development in 'food' in the past two years. The BNF says 70 per cent of teachers failed to keep up-to-date. Are we saying that teachers don't know the sources of food either? The BNF says it is important for teachers to be armed with the correct information so that our kids are able to decipher between internet fact and fiction. 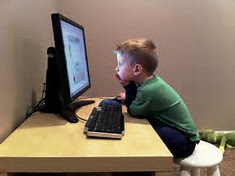 I've said before, my grandson knows much more about food than his teacher and he got this knowledge from parents and grandparents, so they have a role to play as well as the teachers! All responsibility cannot be abdicated to teachers!