Burger, Fries and a Motorbike, Please!

I've just had a routine hearing test, quite normal for someone my age. Thankfully, I don't need a hearing aid and my hearing is quite normal for someone in later years, with just a small amount of loss in background noise. That's a relief for more reasons than one. If I have some loss in background noise then I ca't hear that musical din you get in many restaurants these days. They used to call it 'muzak' back in the 80's - piped music you got in every department stores (and their lifts).  Maybe there is a different name today - 'bikezak' for example. The charity Action on Hearing, has recently measured the levels of sound in restaurant chains and found some decibel levels to be around 90dB - the equivalent of eating next to a motorbike, a lawnmower, someone using a hand saw or a whirring food processor. Maybe its piped from the kitchen! 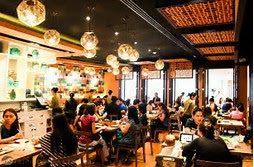 If a waiter in your eatery started up a motorbike next to your table, wouldn't you call the manager? Yet everyday we put up with this excessive din, while we are eating and shouting to be heard across the table. However, it seems that this kind of situation has become all to common in many of our popular high street eateries, turning the evening into a disaster, such that customers are preferring to get a takeaway, rather than put up with the racket. Furthermore, the problem is exacerbated by the minimalist decor, such as hard floors, stark furniture and bare walls, that means customers can hear every crash and bang, in addition to the high levels of conversation from adjacent tables. 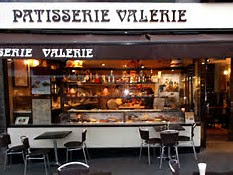 From the recent research by Action on Hearing, the highest decibels found were in the cafe Patisserie Valerie, not somewhere that I frequent. A reading here of 97dB topped a motorbike noise by 7dB, while the figure in Wagamama hit 90dB, the equivalent to a lawnmower. The charity say that the restaurant chains that fail to dampen their background noise are driving people away. They found that 91% of customers would avoid returning to a noisy place, while 79% have left a restaurant early due to the din. 43% of potential diners said that were increasingly choosing to to eat in, preferring a peaceful takeaway to going out to eat. 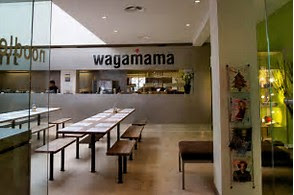 I'm seriously thinking of taking my earplugs next time I eat out and communicating with my fellow diners by mobile phone!