Food Safety Applies To All! 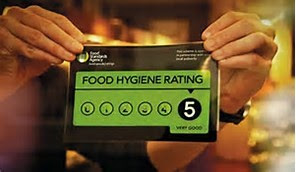 I'm proud to say our kitchen has five stars! That's the top award that the Environmental Health officer can give you for hygiene and food safety standards and while in England, unlike other parts of the UK, you don't have to display your 'stars', many places do. Probably because they are not easily achieved. The officer that visited us recently crawled all over our kitchen - expected every coloured chopping board from green to purple, returned twice to check the temperature of the fridges, expected to see copious records of cooking temperatures  and even sent samples of our food to the lab for testing for food poisoning. So, why am I not surprised to hear that even a Michelin-starred chef has to go through the same rigor. And why shouldn't they?

It seems that TV chef Mark Sargeant is up-in-arms, hitting out at health chiefs after his restaurant was stripped of its top five star food safety rating. His award-winning eatery in Kent, Rocksalt, has been downgraded after inspectors claimed that the way he cooked chicken livers was unsafe. Sargeant, who was trained by Gordon Ramsay, is reported to have said that the technique he used to cook the dish was something he was taught in catering college. (So what, Mr Sargeant - rules change!). He says that if a chicken liver is well done, it's like eating rancid paste, but this is how Environmental Health say they should be consumed. The officer's report following their visit to Rocksalt said that chicken livers were cooked 'medium', which they said could lead to food poisoning. 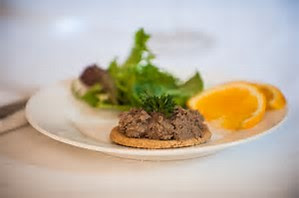 Chef Sargeant has responded by attacking the law which now deems that we can't enjoy a steak tartare without searing the outside first, by saying he is no longer allowed to cook chicken livers pink. It seems that when Environmental Health officers were told that he cooks them at to 70'C, instead of the recommended 75'C, they decided to drop his restaurant rating from five stars to two. Unsurprisingly, Sargeant is appealing against the decision.

Would you risk eating under-cooked chicken livers at Rocksalt, or anywhere else for that matter? 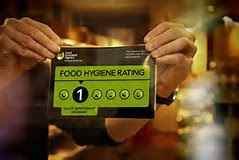