Best Restaurant in the World 2017 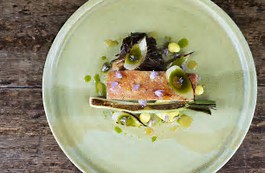 If you were guessing which was the best restaurant in the world today, then you would probably be suggesting some  'posh place' in maybe Italy, Spain or France. Certainly not in the UK and very unlikely in Yorkshire - though I don't see why not! We have some outstanding restaurants throughout Britain, but many of them don't get the accolade they deserve, as most food critics rarely venture out of London. Read any weekend newspaper or glossy supplement and just see how many of those so-called food writers take a trip out of the capital. So when the award of the 'Best Restaurant in the World' comes as a result of votes by customers, and not a food judging panel, it must mean something. 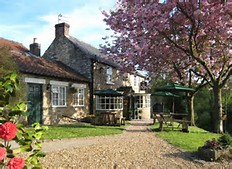 The well know review site, TripAdvisor have just compiled its poll of the best restaurants and customers reviews has placed The Black Swan, a country pub in Yorkshire, as the world's best. Family run in the village of Oldstead it has beaten fine dining rivals Blumenthal and Blanc in the global poll based on millions of customer reviews over a 12 month period. Situated on the edge of the North York Moors, The Black Swan had never previously been listed in the rankings. The pub has a Michelin star and four AA rosettes and is run by the Banks family, who bought it as a struggling village pub in 2006. The head chef is Tommy Banks, the UK's youngest Michelin-starred chef. 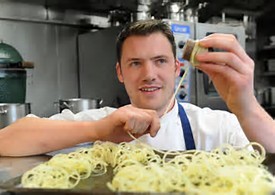 The restaurant's website boasts 'an Oldstead style' - ''plenty of tradition and culture, cut through with a modern earthy exuberance.'' The TripAdvisor website meanwhile describes the pub as ''a tantalising trip for the tastebuds. This restaurant is truly a box of delights. The flavours, combination of ingredients and skill in putting together the menu are joyous.''

Raymond Blanc's Le Manoir in Oxfordshire, came in at second place in the poll, while the Martin Berasategui in Lasarte in Spain, which has been ranked top since 2015, was placed fifth on the list. The third and fourth spots went to restaurants in in France - Maison Lameloise in Chagny, and L'Auberge de I'll in Illhaeusern. In sixth place was Daniel in New York City. Heston Blumenthal's The Fat Duck in Bray in Berkshire, came in 12th place.

So how many of you so called 'food critics' have been to The Black Swan? I bet you'll be rushing there this weekend, if you can find your way out of London, let alone find Oldstead!