I must admit to being a bit of a chocoholic! If there is a chocolate bar or two in the house, I will eat them. The best thing, is not to buy any! However, I am slowly becoming a minority in the UK, according to press reports, as Britons are apparently losing their appetite for the nations' top chocolate bars in the wake of health warnings over sugar. 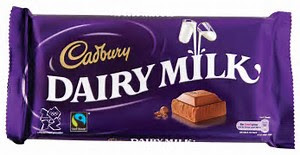 The twelve biggest names in UK chocolate have lost £78 million in sales in the last year. Cadbury Dairy Milk, one of my favourites, has suffered the greatest losses with a 4.2% drop in sales and the biggest loss in cash at £19 million. Maltesers sales fell by 7.6% and Crunchie bars by  14.9%.  It seems that the slump has come amid health warnings over sugar and childhood obesity, which has had a significant impact on chocolate producers. Suppliers have been urged to reduce the level of sugar in products popular with young people and health campaigners have called for a 'soft drinks' levy, which is being introduced in April, to be extended to chocolate. 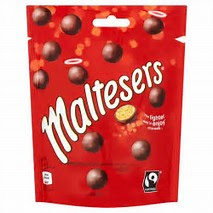 Chocolate is the third biggest source of sugar in the diets of 11 to 18 year-olds, accounting for 7% of the age group's intake. Only soft drinks and fruit juice contribute more sugar to our youngster's diets. Some chocolate producers are already committed to making healthier chocolate bars, with Nestle announcing in March that they would cut 10% of sugar from their products. Another factor for the decline in chocolate sales is that there is simply more choice of snacks on the shelves of our stores.

Britons are increasingly rejecting sugar and demanding greater responsibility from brands. But is it just British adults, or is the demand changing among young people? I can only recall what I saw yesterday outside an inner city school at the end of the day - yes, the youngsters were forsaking the buying of chocolate bars from the local store, but queuing for chips from a mobile van parked in the street instead. 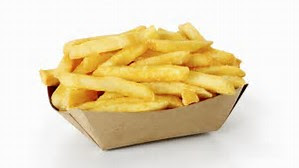 So what about our youngster's salt intake? Which is the worst increased sugar levels or more salt?