It is the first time in the history of the Michelin food guide that a top restaurant has been allowed to opt out of the listing. The three-star, Le Suquet restaurant in the Aveyron region of France, has held the prestigious maximum score from the gastro guide for 18 years. However, the head chef no longer wants the rating, and wishes to start again, without the pressure of being judged in secret. 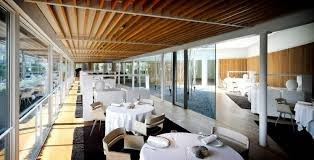 Sebastien Bras wants to start 'a new chapter' in is cooking life and so Le Suquet will not feature in the 2018 edition of the Michelin guide to be published next Monday. Bras who is 46 is quoted in the UK press as saying that he is inspected two or three times a year and he never knows when. Every meal leaving his kitchen could be inspected and that means that every day one of the 500 dishes leaving his oven could be judged. He accepts that his decision may make him less famous. 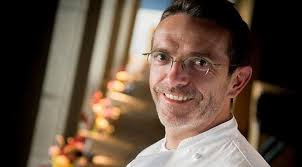 The Michelin guide describes Bras cuisine as, 'intuitive and precise'. I am sure his dishes will remain just that, but he may have to reduce his prices from their current seriously expensive level of £127 to £200 per head, if he is to survive in his new life beyond Michelin!