New Year's resolutions will still be fresh in our mind as we see out January and look forward to a new month free from snow and ice. But does your list of dos and dont's for 2019 include foodie dont's? 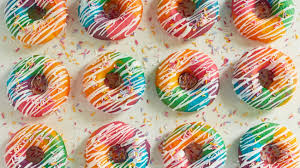 Writer for Restaurant magazine, Tony Naylor, has thought long and hard about what food and drink experiences he is going to a avoid this year, and his list of ten may inspire you to come up with yours.

1. Hotel buffet breakfast
Bad food does not in itself makes me angry if it is cheap and honest about its functionality. But being treated like an idiot, however, really 'boils my potatoes'. Despite their belly-busting vastness, 97% of hotel buffet breakfasts contain nothing you actively want to east - unless you have a thing for stale pastries and bacon congealing under hot lamps. you pig out because you paid. But do you enjoy it?

2. Pretentious pub snacks
Wasabi peas, chilli-lime edamame, chipotle-smoked almonds? In their upfront, in-yer-face flavours, none of these make sense with a pint!
3. Dough-nots
From supermarket aisles to artisan bakeries, doughnuts are a deep-fried slough of despond. Repeat after me, they are not worth the calories.
4. Vegan trash
Curiosity is a killer for me. I keep trying vegan fast food in the vain hope that, suddenly, I'll get all this fuss about pulled jackfruit or seitan 'cheez' burgers. But, no. It is a shadow of the carnivorous version. If you want to eat meat-free like a king? Gujarati, Keralan or Levantine food is the future.
5. Uptight dining
In 2019, there is no reason to endure one of these meals - eight staff per-table, hushed reverence. whispered instructions - which are about as relaxing as a police interrogation. My pet hate? Staff refilling your wine glass every two sips. This constant interruption is blatant upselling. Drink up! Order another bottle!

6. New English IPAs
Momentarily, these murky juice-bombs were a welcome alternative, but now? They're anodyne and everywhere. Stridently bitter IPAs are becoming an anomaly. Beer needs to bring the bitter back.
7. Health fads
Over several millennia, humans have perfected certain foods. that is why, to maintain my mental well-being I intend to swerve any products - no-carb pizzas; low-calorie desserts - putting a healthy twist on already great foods. I'd rather die early!
8. Motorway service stations
Forget the romance of travel. In Britain (see also airports and train stations) moving from A to B is seen as an opportunity for big business to force remorselessly dreary food on its captive audience. Rare exceptions are independently-owned Tebay and its stellar sister site, Gloucester, but, generally, I would detour 40 miles to avoid UK services. 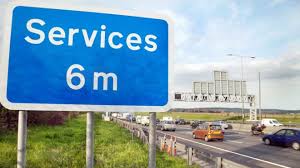 9. The full English
This blow-out leaves me bloated, tired and full of regret at not choosing the shakshuka or myriad lighter items that would set me up for the day ahead. Is it a generation shift in the way we eat?
10. Mainstream caffeine
You may scoff at 'hipster' coffee shops. But have you tasted a flat white anywhere else recently? Serious coffee is now supposedly in it's 'fifth wave', yet the average flat white served in a British cafe is a travesty: a band mug of meh! In 2019, I am  solely drinking coffee made by people with too many tattoos and a nerdy interest in nitro cold brew. 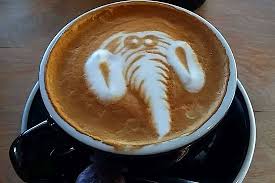 My thanks to Tony Naylor and Good Food for this amusing article.