Have we gone cold on turkey? It seems so. Sales of turkey this Christmas have been down by 7%. 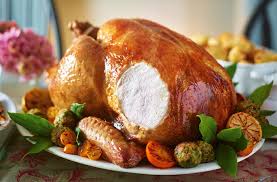 It has been at the centre of our festive table for generations, but it appears that the UK nation has suddenly fallen out of love with the seasonal bird. Despite an extra £450 million being spent over the Christmas period, the sales of whole turkeys went down, as shoppers switched to crown and vegetarian and vegan alternatives.

The UK spent a record £29 million in supermarkets over the 12 weeks  to December 30th - the popular Christmas and New Year period. The drop in whole turkey sales though, suggests that the traditional centrepiece of the festive table is falling out of fashion with us Brits. It could be that many struggle to cook it without producing an end product that resembles 'shoe-leather'. The alternative, turkey crown, on the other-hand produces fewer leftovers at a time when we are all becoming increasingly concerned about food waste. This was confirmed last week by retail experts, who are reported as saying that despite a record-breaking festive season, turkeys have fallen out of favour with shoppers opting for smaller joints in a bid to avoid endless leftovers. 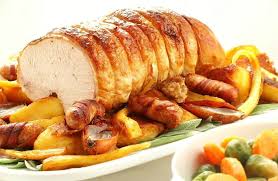 In comparison to the slump in turkey sales, the sales of seasonal confectionery hit the high mark - up 7 per cent. Non-alcoholic beer and Christmas puddings brought in sales of £8 million and £41 million respectively.

* My thanks to Sean Poulter for the data