You either love Marmite or your hate it. In our house, opinion is divide equally and to satisfy everyone, the little brown jar is banished to the back of the darkest kitchen cupboard. However, for those family members loving the yeast inspired taste, they may not be able to find it next time. Why? - because Marmite is disappearing from supermarket shelves faster than Boris Johnson's reputation for honesty. 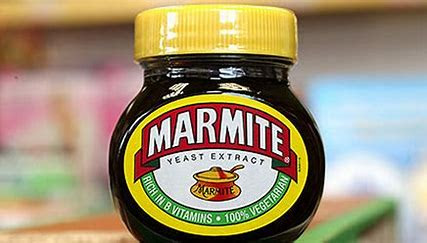 There is a national drought of Marmite. as the supply of the much loved and hated condiment has been badly hit by the closure of breweries during the world-wide pandemic and thereby robbing manufacturers of its key ingredient - yeast.

A recent survey by the UK's Daily Mail newspaper found that the intense spread remains scarce in many online stores. Any search on Sainsbury's and Ocado online websites will show Marmite is not available. In the case of the other retailers, such as the big supermarket chains, Morrisons, Tesco and Waitrose, supplies are clearly limited, particularly the popular small 250g jars. Asda is the only store which has both the smaller and the larger 500g jars in stock.

It was nearly a year ago now that Unilever, which owns Marmite, temporarily halted production of the spread, particularly the small jars. However, they hope to fully restock supermarket shelves later in 2021, as pubs and breweries boost beer production. There is no doubt that Marmite is in high demand with more consumers making meals at home and looking for snacks to get them through the working- from-home day.

Avid Facebook followers may have seen the Marmite shortage highlighted by Kelly Richardson of the BBC Good Food group. The post read, 'Is anyone else struggling to get Marmite in their part of the country?' Responses came thick and fast from Brighton. Wiltshire, County Durham and Sussex with the common thread being. ' I just can't get hold of it in any of our local supermarkets.' Maybe it's time to ration the Marmite or put a padlock on the kitchen cupboard!