Occasionally, when I was young, my mum used to let me have a half pint of shandy. Even when I reached eighteen years of age and could drink alcohol legitimately, the mixture of beer and lemonade in roughly equal amounts was a refreshing drink on a hot day or after an energetic kick-about with my mates. However, in recent years, the craze for energy drinks has swamped the refreshment market with all kinds of new drinks, with odd names such as Bang, Feel, Monster, Sting, Bomb and Punch. 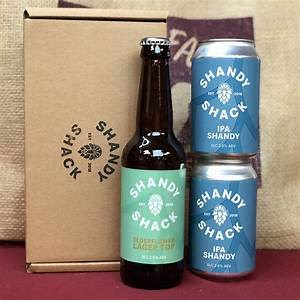 But now, shandy is back, along with lager top, thanks to a rise in demand for low alcohol drinks. A third of drinkers have reduced their alcohol intake since the first UK lockdown, mainly to improve health, lose weight or save money. Supermarket sales of low and non alcohol beer, wine and spirits have surged by 50 per cent in the past year. As a consequence, the traditional half-n-half shandy of my youth is being tweaked to appeal to today's younger drinkers. A wide array of more exotic combinations of ale or lager with flavours such as elderflower or grapefruit have been developed for a generation who are rejecting binge drinking.
In May, supermarket chain, Sainsbury's is to start selling craft brand Shandy Shack, which is a mix of IPA and lemonade (2.8 per cent ABV) and and also an elderflower lager top, which is a mix of lager and elderflower presse (2.5 per cent ABV). These new shandies may well be nearer to the original version of the drink back in the 1850s. 'Shandygaff', as it was called, was a mix of beer and ginger ale, which is still popular in the Caribbean. The name, it seems, was derived from 'shanty', a slang word for a pub.
The co-founder of Shandy Shack, Ed Stapleton, is quoted as saying that he wants shandy to reclaim its rightful place as the country's favourite low-alcohol drink. 'Cheers', I say.