Originally from Dudley in the Black Country, I was brought up on cheap nutritious food, particularly offal like kidney, liver and lights and even brains, a delicacy on thick white toast. 'Faggits An Pays' as it is called in the West Midlands is one of these traditional offal based dishes that everyone loves in  and around Dudley. My mother used to make up a big vat of faggots on a Saturday and we would still be enjoying them on Wednesday. 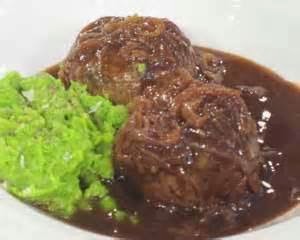 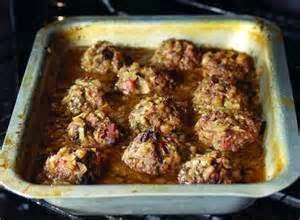 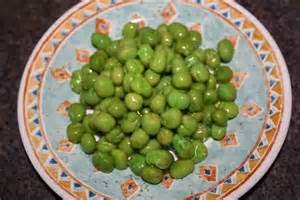 To serve, divide the boiled or mashed potatoes between the five serving plates, place the faggots alongside and add a good helping of mushy peas. Spoon some gravy all over and serve with thick slices of crusty white bread. 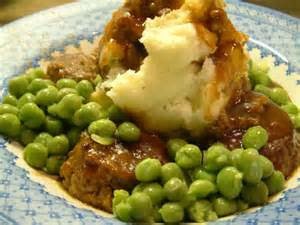