I spend days researching future holidays but over-researching a break online before going away can lead to friction – and to losing out on the best deals, according to a new report. 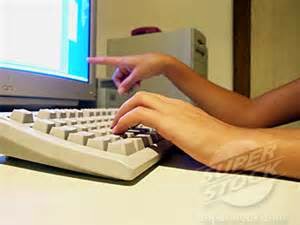 So do we really need to do all that research? We’ve all had that moment of irritation when, having spent some time online searching for – and finding – a good place to stay on a forthcoming trip, when your partner or another travel companion promptly says they don’t like it and that there must be something better out there. Cue slightly frayed tempers (“well you find something then”) and some frantic further searching by both parties - often independently – for an alternative, a quest that can frequently end up with having to accept something not as good or more expensive because the place you originally had in mind is no longer available.

Of course I know that that is by no means the only possible outcome. I have carried out extended research over a 3 month period and booked some exceptional places and deals. However, according to the authors of a new study conducted by the Cambridge Judge Business School, it is fairly common, and it corresponds to a definite pattern: a tendency to “over-research” online when we want to book a travel experience, and a failure to communicate adequately with those whom with we wish to travel.  “People have always done research in groups, but in the internet age such searches are more likely to be detailed “sequential searches” by individuals staring alone at computer screens for lengthy periods of time,” say the authors of the report. “It’s therefore far more likely that these people won’t share their thoughts until after they’ve reached their own conclusions through extensive online search – and that can lead to problems.” 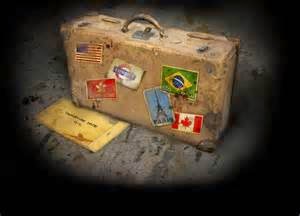 The Cambridge study looked specifically at how groups of people went about making decisions on, for instance, who to consider as a potential future colleague – and how often through making extensive researches on their own, they then failed to reach agreement collectively. The same processes were at work when it came to making joint decisions on where to go and where to stay on holiday and the best way of getting there, they found. “Before the internet, group searches were more often conducted by people who compare notes as they go along, perhaps together in the travel agents, remember them” (below) said Vincent Mak, co-author of the report and Lecturer in Marketing at Cambridge Judge Business School. “People now doing group searches have digested lots of information gathered online before they even talk to each other, so these searches in fact tend to be a series of individual searches – and that increases the risk of disagreement.” 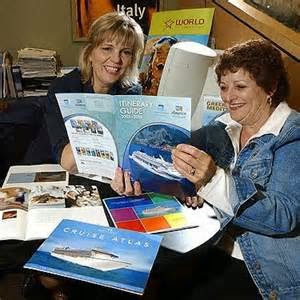 The end result is that travelling companions can get cross with each other before they even go away. Not an ideal start to a holiday.  They can also as a result of extending the research be indecisive and miss out on the deals and places they saw initially.  The solution, according to Mak, is hardly rocket science: of course people should make use of the internet to research holidays but if they are going away with others, ideally they should communicate more earlier on in the process and be more prepared to compromise. 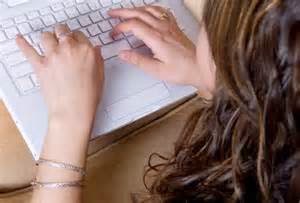 Good advice I think. I must remember to show my wife those deals I've just found for next summer's holiday in Italy!