BBC have confirmed a new food documentary, 'Billion Dollar Chicken Shop', that begins on 18th March on BBC One from 9.00pm to 10.00pm. 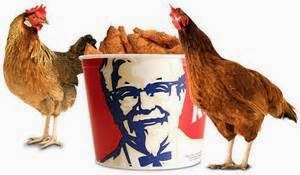 With unique top-to-bottom access, this three-part observational documentary series goes inside the fast food giant KFC UK. From its boardroom to its kitchens, the series features the people responsible for the daily operations of one of the most globally recognised food brands in the world. Episode one reveals how the huge machine that is ‘fast food chicken’ works on a mass scale.

Valued at over £4 billion a year, the fast food industry is big business and even bigger controversy. With its globally recognised but fiercely protected recipe for fried chicken, KFC is one of the brands that has divided public opinion. Love it or hate it, the fact is very little is known about what goes on behind the scenes. Now for the first time KFC exclusively throws open its doors in a tell-all documentary series. This rich character-driven, fast-moving series takes viewers into the heart of the company and into the hearts of its loyal and disloyal customers and reveals why we have become addicted to fried chicken and chips.

At the top of the tree, Managing Director Martin Shuker (below) strives to expand his empire of 850 stores nationwide, while keeping his predominantly young workforce motivated. Meanwhile, at the opposite end of the KFC ladder, feisty 17 year-old Beth, who has just joined the fast food chain in Manchester, struggles to find her way in her new job. 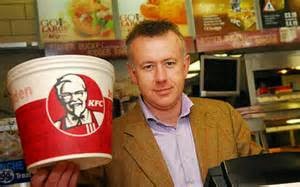 For the first time, cameras are allowed inside one of the chicken farms that supply KFC with the 23 million chickens it serves to its customers each year.

The film follows Brian, KFC’s own internal policeman, as he carries out spot-checks at KFC stores to scrutinize cleanliness and food standards. One store receives such a bad score from Brian it is forced into emergency measures to improve or face closure. 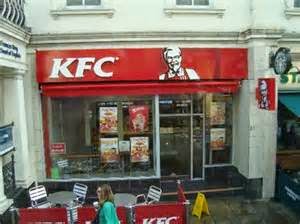 In Middleton, near Manchester, angry residents Pat, Irene and John campaign to stop a new KFC from opening up on their doorstep and ‘lowering the tone’ of the area and take their objections to the local authority. Meanwhile on Valentine’s Day in KFC Havant, restaurant manager Dom splashes out on a themed night with the hope that romance will come to his store, boost his sales and get him noticed by his company bosses. While in Glasgow, drama graduate Rico has to deal with raucous customers until the early hours of the morning. 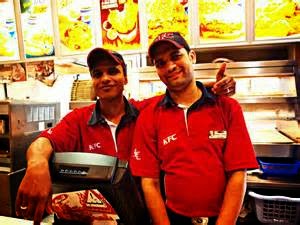