Dishes We Should All Be Able To Cook

I recently blogged about the return of Cookery to the curriculum in UK schools, and suggested a list of dishes that young people should be able to cook by the time they left full time education. Thankfully the dishes in my list had similarities to those in the recently published new GCSE syllabus entitled 'Food Preparation and Nutrition' (see my blog on 13 February 2015). 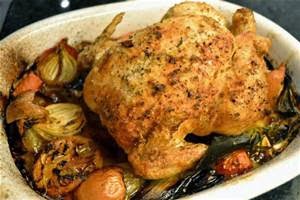 Last Saturday, The Times published 15 recipes that we should all be able to cook and it is no surprise that there was once again similarities with my 'children's list'. However, how can we expect adults to cook these common fifteen recipes without first giving our children a cooking education? Shockingly, The Times survey found that the average Briton owned six cookbooks but only cooks nine recipes again and again. We may think we are a nation of foodies, but we are NOT!

But, if only it really were nine: that would get us through a whole week at least, but I know that in plenty of homes it's rather fewer. This is despite the glut of TV shows on all types of cooking and the fact that we're buying more cookbooks than ever. The Times survey suggests that the difficulty is that we want to be more adventurous, but struggle to source the right ingredients. What nonsense! Fashionable ingredients are part of the problem. In our search for the new, we never take the time to master the basics. A friend of ours always aims to cook us the most elaborate of dishes when we visit, such as grilled aubergines topped with labneh, silvered almonds and pomegranate seeds, but as yet she does not know how to prepare a quick and simple family dish like risotto (below). 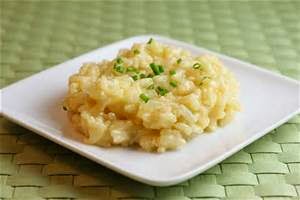 So here, I am sharing the fifteen dishes that, according to The Times newspaper, everyone should have in their repertoire. Maybe we can then pass them on to our kids, rather than leave it to the schools to provide all the cookery education! None needs fancy ingredients or techniques. Most recipes can be found in a basic cookbook like ''The Only Recipes You'll Ever Need'' by The Times food editor, Tony Turnbull (below). Except for the Victoria Sponge, you wont need to get out the scales and after a couple of times, you'll know them by heart. Go on get started!