What will we foodies be raving about in 2017? Any ideas? Here are a few predictions to think about and watch-out for next year. 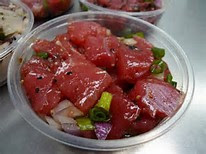 Poke - This delicious Hawaiian raw fish dish is ready to go big (above).

Orange Wine - Early makes include Fera and are ancient tannic wines made from fermented white grape juice with the skins. Look out for them in your local wine bar.

ITAL - This Rastafarian diet brings a jerk spiced heat and citrus spark to vegan food. It could just be for those millennials moving to a healthier diet. Look out for healthier restaurants in 2017.

Japanese Whisky - These sophisticated single malts or a ceremonial mixing of blended oriental whiskies with water could take off. 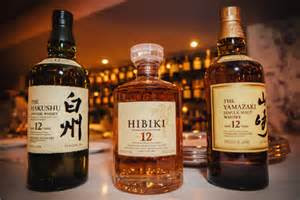 The Great British Bake-Off War - The race is certainly on as to which TV Station can get their new version out first, - BBC or Channel 4? The latter has Paul Hollywood, but whose side are you on? Mary's or Paul's? Isn't this more important than Brexit?

Microchips with Everything - Watch out for robot technology in fast-food. Last year Just Eat trialed robot delivery in London. In Japan, Pizza Hut has already tested a robot waiter. The future fast food will be about automated, touch-screen, button pressing and tech-led.

Botanicals - The explosion of a new interest in gin is leading bars to explore with savoury botanicals using plant ingredients such as parsley, pine, coriander, fennel and sorrel in cocktails.

Wales - I'm told that things are really hotting up in the valleys. Wales had two new Michelin stars in the last guide book - 'Sosban' on Anglesey (below) and 'James Sommerin' in Penarth. That brings the total of Michelin stared places in Wales to seven. The Principality seems an ideal place for a foodie weekend. 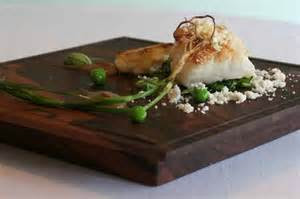 Regional Culinary Delights - 2017 could be about the regional nuances of global food - outposts of Naples or Brazil's Japanese expat community.

Rustic Plates - Serving food on slate, wood and metal will be gone in favour of a return to ceramic. Not industrial mass- produced plates, but rustic hand-made pottery, probably made in France or China, as sadly they are cheaper than supporting our own craft pottery industry.

Oils in Cocktails - It's oil floating on or infused through cocktails. Like sesame or coconut oils (below). 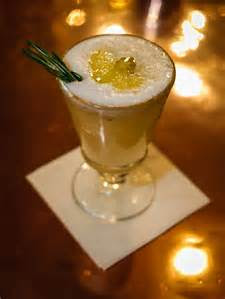 Second Mexican Wave - Some think that Mexican food has had its day - watch out for the growth of new restaurants inspired by the fall-out from the Donald Trump protestations.