The press has has been full of shock and horror stories this week on research that reveals that the Sunday Roast has been replaced in the UK by the Sunday Sarnie. Do you believe it? I don't! 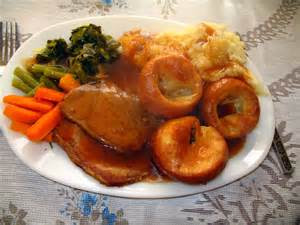 According to reports, the once most important family event of the week - the traditional Sunday roast, has given way to a convenient sandwich. We are told that only one in seven Sunday lunches involve sitting down for a roast meal, while sandwiches are almost twice as popular. This is according to food industry research. 'Rubbish', is what I say.

Sports and children's activities on a Sunday, or weekly shopping takes precedence now, the report suggests, and Sunday lunches are mostly made in ten minutes, with a fifth served after a micro-wave blast. It seems that only the North East of Britain bucks the trend, with families spending on average 38 minutes preparing lunch. In the Sunday Times newspaper last week, a rep from Premier Foods is reported as saying that we Brits aspire to create lovely food but most of us won't invest the time to do it ourselves. I agree, but how that relates to a move to roast sarnies is unclear. We may not cook our Sunday roast anymore (except in our house), but I see increasing numbers going our to the local pub or restaurant for a Sunday carvery or to be served a roast dinner. Our local pub, The Rose and Crown (below), is heaving by 2.00 pm every Sunday, as families tuck into a beautifully prepared and tasty roast meal of three course at only £15,99. 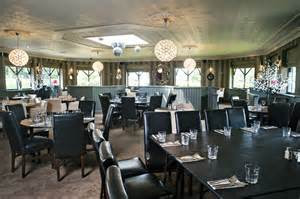 Th study also found that in 2012, a traditional roast lunch  was rated number two in a poll of things the Britons love most about the UK. But there were five million fewer Sunday roasts 'served' in the year to June 2016. Sadly, 'served' isn't defined. Served at home or served out, or both? What rubbish is this research. We Brits continue to love our Sunday roasts, but we just get someone else to cook it for us! As for a 'roast sandwich', is his an attempt to boost sales at high street sandwich-maker Greggs?