The newspapers this week are full of reports that despite Brexit, UK citizens will have the cheapest Christmas in eight years. Talk among 'remainers' like me, that the decision to leave the EU would put up food prices, seem to have been overstated, or just delayed, as we will be basking in the glory of a cheaper festive feast this year. For those of us expecting a house full of older children and their children, it's great news! 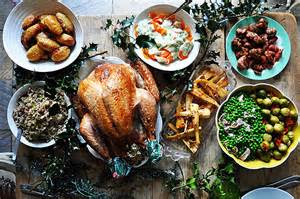 Research suggests that by shopping around it would be possible to feed eight people for £19.80 or £2.48 per head, compared with £20.24 last Christmas. Whether it has any connection to Brexit or just that the supermarkets are locked n a fierce price war that has brought down prices is anyone's guess. However, the High Street giants are keen to prove their value for money credentials by being able to offer a cheaper festive turkey meal this year. As a result, the total cost at four of the ten stores involved in the survey is less than last year.

The survey by the Good Housekeeping Institute, included 11 items in the price comparison, including turkey, potatoes, stuffing, sprouts, carrots, parsnips, cranberry sauce, Christmas pudding, brandy butter, mince pies and a Christmas cake. The cheapest dinner was from Asda and involved buying an £8 turkey and a mix and mach collection of fresh vegetables and treats from Ali, Lidl and Iceland. In terms of a 'one-stop-shop, Aldi came out cheapest for all 11 ingredients at £22.03 - £2,76 per head. Lidl was next at £24.57 and Iceland third at £24.81. 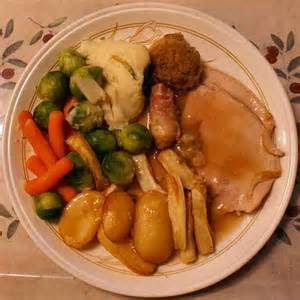 Be warned though, this research can only offer you a guide to the cheapest deals, rather than an absolute guarantee. as prices constantly change over the festive season. As I always say, shop round! However, what is clear though, is that a vote to leave the EU has not yet added the £580 a year to the cost of food, drink, petrol and clothing predicted by a number of 'remainers'.