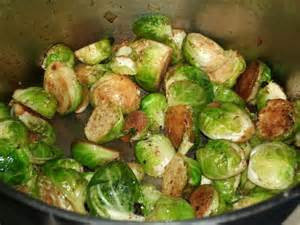 Some Christmas in the past, too long to remember, I witnessed an aggressive family argument about how best to cook our festive Brussels sprouts. It is certainly a vegetable that can divide opinion around the family Christmas dinner table. Now the little sprout has again attracted a fresh debate over how best to cook them.

My wife believes in cutting a small cross in the base of each sprout before boiling, but apparently this turns them soggy, once put in the boiling water, according to experts. I must admit, I haven't found this! (Although, we do only part-boil and then microwave). But a food scientist and farmer from the Brassica Growers Association believes the best way to cook Brussels sprouts is to steam, stir fry or even microwave them. He believes that boiling them was the traditional way of doing it, but putting the cross in the base, to help them cook evenly, puts in too much water and ruins the sprout. Leaving them water-logged.

Lat week's Sunday Telegraph reported that sprouts have moved away from the 'poor little malign Christmas sprout image' and are seeing a resurgence of interest. People are now learning that it is a very versatile vegetable. It seems that the big ones lend themselves very well to a stir-fry. The press are saying that sprouts are being driven froward by people now being more creative with them, and preferably steaming or microwaving their Brussels sprouts. Why not try braising, sauteing or roasting? 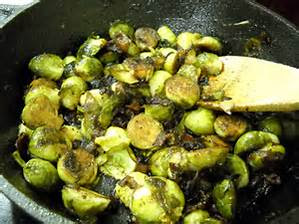 How are you cooking your sprouts this Christmas?

Get more details at:
www.enjoy-how-to-cook.com/how-to-cook-brussels-sprouts.html