Angel Delight Is Back!

I loved it as a child and I am still partial to a bowl of it today. What am I talking about? Angel Delight , of course! 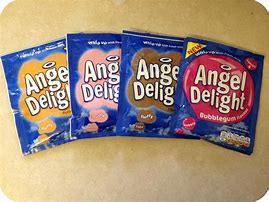 The powdered instant desert that was such a hit with everyone in the 1970s is back in the popularity charts and is proving to be as big hit with families today as it was back then. Sales of the pudding soared by 11 per cent last year following a major re-launch by its maker, Premier Foods. As well as making it available in the classic sachets, Premier have produced a ready-made version for those lazy folk who don' know how to use a whisk or how much milk to add.

Celebrating their success, the chief executive of the food giant is quoted in the UK press as saying, that the company are binging a lot of their brands up to date by making them younger and more relevant to today's consumers. He says that people love brands that they're familiar with, so the re-launch is nostalgia with a twist. 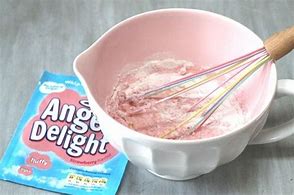 Such a pity these folk can't twist the wrist to whisk the mix!