I hope you are joining the Great Plastic Pick Up next weekend. I am. 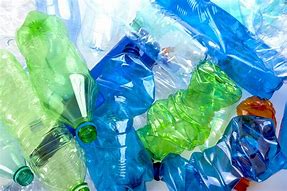 The Daily Mail's Great Plastic Pick Up has been gathering huge support around the UK, the idea being for communities to collect rubbish, with a specific mission to remove the plastic that is poisoning our planet. Already 11,085 folk have registered to help tackle the throwaway culture, taking part in 783 pick ups nationwide from Friday 11 May to Sunday 13 May. If you want to take part then go to www.greatplasticpickup.org for details

I regularly collect rubbish in my area, so this is just another routine collection for me, but hopefully I will be joined by some fellow residents along the way. Meeting at 10.00am, we will spend a couple of hours touring the local roads and pathways around our village collecting rubbish. I know there is plenty, as I have seen the state of the area this weekend. With  it being a Bank Holiday yesterday, I expect the 'rubbish hooligans' to have disposed of their plastic waste on the footpaths and in the hedgerows, so there will be loads to collect on Friday. It's sad that people don't take their rubbish home and dispose of it sensibly instead of fouling the planet for future generations to address.

Why do some folk think that by putting all their rubbish in a plastic bag, sealing it up and then throwing it from their car window, that it will suddenly disappear in to the atmosphere? Intelligence they have none!