Hotel Mini-Bars - Beware of the Charges 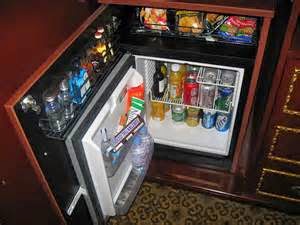 When my wife and I stay in a hotel, we frequently use the room’s mini-bar to cool a bottle of Prosecco we have brought with us or to store a block of Parmigiano we have purchased locally, to keep it fresh before we travel home. Well, this habit could be at an end. I see in the press that a hotel has started fining guests who store their own drinks in the mini-bar. A Las Vegas hotel has threatened a $50 fine if guests chill their own drinks in their in-room fridges. The warning was spotted by Keri Anderson, a travel blogger from Washington after she stored her own wine in the fridge during a recent stay. It's a popular way to avoid forking out for expensive mini-bar drinks - buy a bottle of wine or water, or even a sandwich, from a local supermarket, and pop it in your in-room fridge for later. But now one hotel, the Mandalay Bay Hotel and Casino in Las Vegas (below), is trying to stamp out the practice by threatening to fine guests $50 (£30.65) if they do so. 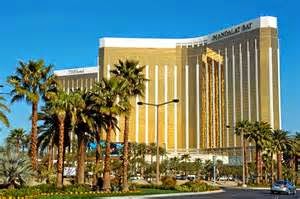 It seems hotels in Las Vegas are renowned for their hidden charges, and guests are advised to read the small print before booking a room, or using any amenities. But even as an experienced traveller, and co-founder of travel blogging site HeelsFirstTravel.com, Ms Anderson said she was shocked at the $50 "restocking" fee - especially considering the hotel charges up to $595 (£365) for a room. “I had never encountered these sorts of charges before,” she told MailOnline. “I've stayed in a bunch of hotels from a small boutique hotel on Easter Island, to a luxury suite overlooking the Bangkok skyline, to a two-bedroom villa on Koh Samui, and never come across this kind of fee.”

So we all need to watch out, as there are some outrageous hotel mini-bar charges. One guest, for example, was charged £75 for three bottles of water at a hotel in London. The British businessman was charged this ridiculous amount for the water at The Wellesley in London – due to a “minimum spend” rule in the hotel’s cigar lounge. Avoid purchasing from the mini bar at all costs. However occasionally, usually following a day’s sightseeing in the summer heat, I cannot resist the lure of that crisp, refreshing in-room Chardonnay. You then cough up the first gulp as you notice the prices on the menu. What about £4 for three inches of Pringles? Or £6 for a jar of macadamia nuts? 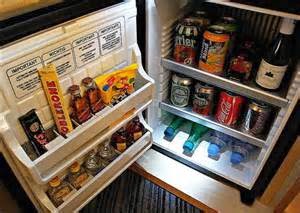 Even more annoying are the fridges that have been deviously armed with sensors that automatically charge your room if you open the door or dare to move an item – surely a cunning way to prevent you from buying bubbly at the local supermarket and keeping it chilled in your room for later. There have also been reports of hotels charging a “mini-bar restocking” fee, on top of the cost of the drinks you’ve had.

I'll definitely be on my guard the next time I use the mini-bar in a hotel, whether for a cool refreshing Coke or to store my 'money-saving' bottle of bubbly! 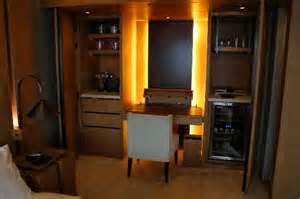