You CAN Chill Red Wine! 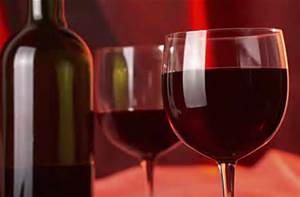 According to this week's UK press, you CAN chill red wine, despite the habit of avoiding storing your bottle of red in the fridge. Kate Hawkings is one wine expert who favours this change in advice and so I summarise her views below.

''White is the go-to wine in the summer: many of us keep a bottle ready in the fridge for when the sun’s over the yardarm and it’s time for a cooling tincture. It might be a pitch-perfect pouilly fuissé, or perhaps an elegant sancerre, but everyday glugging for most of us is more likely to be pinot grigio - and at this stage in the season, the joys of such workaday whites can begin to pall. Reach for the red, we are now told: because, controversial as it might seem, cold red wine makes brilliant summer drinking. I’m astonished how few people drink chilled red wine in the summer, and how rare it is for restaurants to keep a few reds in their fridge. Restaurants, like domestic kitchens, can get fiercely hot once the mercury rises, yet few have the facilities to keep their wines at modest temperatures. If you ask for an ice bucket in a hip London restaurant when the temperature outside is 26 degrees and the Spanish mencia you've ordered feels pretty much the same. “But it’s red,” sniffs the waiter. After ten minutes on ice the lovely raspberry-scented, cherry fruit is sharpened and brought into focus and the gentle mineral crunch comes to the fore. So spread the cold red wine word. 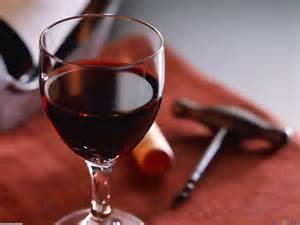 Chilling wine reduces its sweetness, freshens its fruit and softens the hit of alcohol. Any light and juicy red will be lifted to refreshing heights with a spell in the fridge, and even the jammy over-confection of cheap supermarket reds can be sharpened up and made forgivable. Gamay - Beaujolais’s trademark grape - is one that responds so well to chilling, its featherlight weight and strawberry fruit could be mistaken for a rosé if you close your eyes. Look for wines that are fairly light on their feet - pinot noirs are the obvious, but it could be cabernet franc or grenache, gropello or graciano, even an Austrian blaufrankisch - but don’t feel hidebound by the grape variety. The style of wine is more important. Any decent wine merchant should guide you to something suitable, but if none is to hand just look for something light- or medium-bodied and start experimenting.

Chilling will also heighten the tannins in fruity, meaty reds, pulling something potentially wobbly nicely into shape, but anything too full-bodied and/or oaky will not thank you kindly for being too cool. Having said that, even these big and wintery wines will taste soupy and flaccid if on the verge of lukewarm - the words “I’ll open it up and pop it on the Aga to breathe” should always strike fear into your heart.
Chilled red is particularly brilliant for barbecues - who wants a glass of sauvignon blanc with a messy burger? Go for a young Chianti, Rioja or a cheap Cotes du Rhone would all benefit from a spell in a fridge while you’re lighting the coals. They’ll be pleasingly refreshing, yet will stand up well to nicely charred meat, and if they warm up as the party continues, nobody will object. Don’t get too strung out about the precise temperature - different reds will prefer different levels of chill. Over-chilling can kill a wine stone dead, but if this happens you can always sit with your glass in the sun and gently swirl its contents until it comes alive again. Generally speaking, the lighter the red, the cooler it can go without losing its mojo. 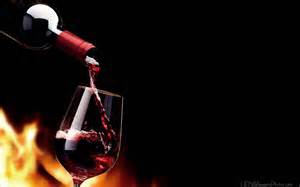 When it comes to long and thirst-quenching red wine coolers, they’re second nature to the Spanish. I like the simplicity of tinto de verano (literally, ‘summer red’), just red wine mixed with lemonade and served with or without ice. Slosh some soda water in too, to hold back on the sweetness, and add a slice of orange if you can be bothered. Spanish teenagers are in the habit of mixing cheap red with coca-cola to make a calimocho; it’s not quite as disgusting as it sounds but is probably best left to the youth. For something more elaborate, sangria is the obvious answer - hideous if made too sweet and fruity, but it can be a lovely festive drink to get a summer party started. Make it in jugs with chopped oranges and strawberries, a slug of cooking brandy, cheap Spanish wine and plenty of dilution.

Now step away from the sauvignon blanc, say ciao to chardonnay and make space in your fridge for some reds while the summer lasts.'' 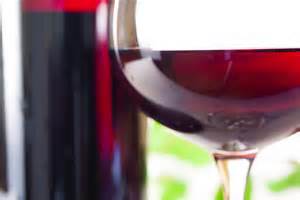