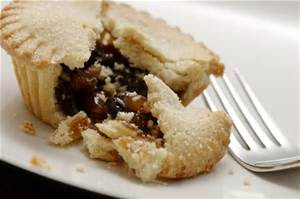 Mince pies become a daily treat in our house in the run up to Christmas. Some like them straight from the pack, others like to heat them up and top them with a blob of brandy butter. Of course, you can make your own and in our house we would only eat our own home-made variety, but for some it's a matter of ''why add another task to your ever expanding Christmas to-do list?'' Whatever your choice, you can't beat a comforting mince pie blitzed in the microwave in front of the television. Last week a national newspaper tasted all of the mince pies from the major shops and supermarkets, so that we know which ones are worth the splurge -  and which ones should be left on the shelf. Here's their conclusions:-

M & S
Christmas star mince pies (£2.50 for 6)
A real winner. These are a good size with a nice filling-to-pastry ratio. The cut-out star design saves the pie from being overwhelmed with pastry whilst also looking attractive. The pastry itself is deliciously buttery and smooth and there is the perfect amount of booze in the fruity filling. 5/5 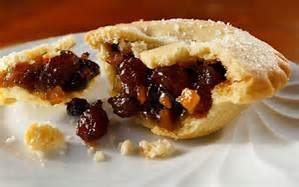 Aldi
Specially Selected mince pies (£1.15 for 6)
A nice, traditional mince pie. While some though them a bit bland, others commented on the nice hit from the alcohol and warming spices. They look lovely and the best bit is the crunchy sugar on top of the buttery pastry. 3/5

Waitrose
Deep filled shortcrust mince pies (£1.70 for 6)
A good balance of sticky and spicy fruit and crumbly and satisfying pastry. The filling has a good citrus-y flavour and chunks of fruit. Decent. 3/5 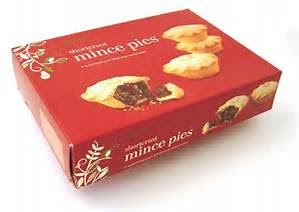 Morrisons
Luxury deep filled mince pies (£1.70 for 4)
Stodgy. The pastry is on the heavy side and there is nowhere near enough mince meat. Good boozy kick but leaves a funny aftertaste that we couldn’t put our finger on. 2/5

Asda
Extra Special luxury mince pies (£1.25 for 6)
These pies were a favourite. They are as delicious as they are pretty to look at, with lovely pastry and richly-flavoured fruit. 4/5 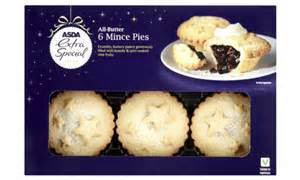 Harvey Nichols
Mini mince pies (£6.95 for 12)
Absolutely delicious. These delightful little bites may not taste totally traditional but they were a hit with everyone for their sweet, vanilla pastry and sticky filling. These are what you would serve to the person who doesn’t like mince pies, though they will go down well with all your guests served as after-dinner canapés with a cup of tea. 5/5 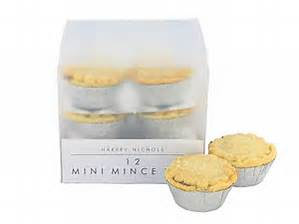 Tesco
Finest* deep filled mince pies (£2 for 6)
The chunks of dried apple reminded us of Mr Kipling’s Bramley apple pies. They contain a good amount of alcohol, though not enough to stop them from being rather dry. 3/5

Selfridges
Speciality mince pies (£7.99 for 4)
Top marks for the buttery and satisfying pastry with its crunchy sugared top, though the mincemeat is severely lacking and tastes too much of citrus peel. 3/5

Sainsburys
Taste the Difference all butter mince pies (£2.50 for 6)
Cassic but executed really well. Full of flavour with a good pastry to fruit ratio. A solid pie. 4/5 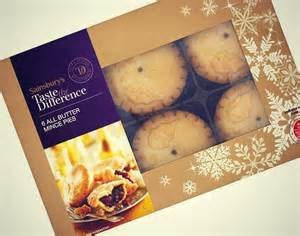 Lidl
Snowy Lodge luxury mince pies (£1.15 for 6)
Unfortunately, what these have in looks they lack in much else. Hard, thin pastry and dry, bland mincemeat. 1/5 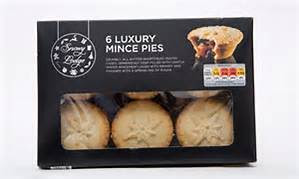 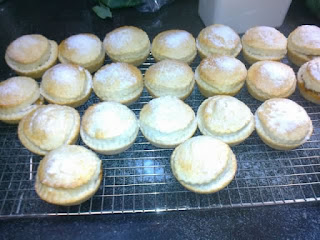